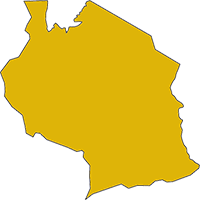 Tanzania is a democratic republic on the coast of East Africa with a population of 50 million people. The country’s political stability, sound macroeconomic management, and natural resources all contribute to its potential for sustained growth. Still, many Tanzanians struggle to meet their basic needs.

Agriculture is a main driver of the economy, accounting for 31.5 percent of Tanzania’s GDP and 75 percent of the labor force. While Tanzania is largely self-sufficient in maize production, yields are significantly lower than regional and global averages. Poverty and food insecurity are the main drivers of chronic undernutrition in Tanzania, caused primarily by inadequate access to a diverse and quality diet and poor feeding practices at home.

With its abundant and fertile land, water resources, motivated agricultural entrepreneurs, and access to international markets through its major port and capital, Dar es Salaam, Tanzania is poised for agriculture-led economic growth. 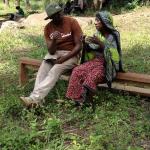 This project evaluates the impact of a rapid on-farm soil diagnostic kit developed by researchers and collaborators at Columbia University’s Agriculture and Food Security Center. 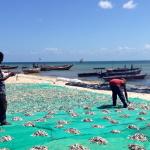 This project tests a novel approach to improving institutional performance by playing repeated experimental games, which may then alter patterns of coordination and cooperation for managing fisheries in Tanzania. 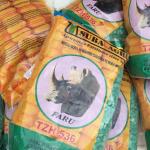 This project evaluates new agricultural technologies that stabilize crop yields and rural incomes in the face of environmental shocks that historically have led to decreased food intake and irreversible, long-term negative impacts especially among young children. 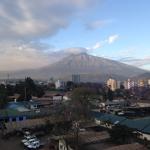 This project measures the impact of a listing in a paper telephone directory on outcomes for enterprises that support the agricultural sector in rural Tanzania. 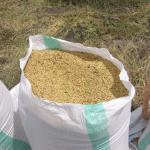 The Annual Bank Conference on Africa: The Challenges and Opportunities of Transforming African Agriculture 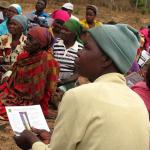 END_OF_DOCUMENT_TOKEN_TO_BE_REPLACED

Paper: Do the benefits of improved management practices to nutritional outcomes “dry up” in the presence of drought? Evidence from East Africa

END_OF_DOCUMENT_TOKEN_TO_BE_REPLACED

Lessons to Take a Successful Resilience-focused Research Project to Scale