Lessons to Take a Successful Resilience-focused Research Project to Scale

New research results show that pairing drought-tolerant maize (DTM) with index insurance can have profound impacts on yields and resilience for small-scale farmers in developing countries but to scale the product bundle creates new challenges for local seed and insurance companies.

At events in Washington, DC and Nairobi, Kenya in November, 2019, the MRR Innovation Lab research team discussed impacts from Mozambique and Tanzania with partners from International Maize and Wheat Improvement Center (CIMMYT) and local seed and insurance companies. While the project generated significant drought resilience for small-scale farmers, seed and insurance companies need support to scale the product, particularly where farmers have little experience with either improved seeds or insurance.

“The project’s results show how powerful it can be to combine resilience-focused technologies that have complementary benefits,” said Michael Carter, MRR Innovation Lab director and the project’s lead investigator. “The challenge now is to ensure that this opportunity can be sustainably scaled by local private sector companies.”

The project, funded by USAID from 2015-2018, paired DTM developed by CIMMYT and its partners since 2006 with index insurance that provided in-kind seed replacement in the event of severe drought-related crop losses. Index insurance triggers payouts based on factors like weather or vegetation cover that predict an area’s crop losses rather than individual losses a company representative would verify in person.

In October, 2019, the research team released a report summarizing the project’s background and results. For moderate drought during mid-season, DTM sustained yields better than other varieties. In the season following a severe drought, farmers who purchased insured seeds more than recovered their yields.

This recovery beyond even yields before severe losses came from what Carter calls “Resilience+.” Some of Carter’s prior research from Mali and Burkina Faso has shown that reducing the risk of losses can increase farmers’ investments in higher yields and income, generating Resilience+. In Mozambique and Tanzania, bigger investments in improved seeds drove the gain in yields after severe losses, a clear example of Resilience+. Farmers with insured seeds deepened their investments in improved seeds in general from an average of 28.1 kg to 49.8 kg.

“The bundle of drought-tolerant seeds and insurance stabilized yields and incomes during severe drought but also reduced risk enough that farmers invested more in higher productivity,” said Carter. “This shows that if you de-risk farming by bringing in agricultural insurance, farmers respond.”

At both MRR Innovation Lab events, seed and insurance company partners recognized the potential impacts of scaling DTM bundled with insurance. They also acknowledged the practical challenges that in the field were overcome with significant support and investment from the research team.

“To get these results there was a lot of spending in terms of outreach and traditional extension services,” said Sarah Muya, assistant to the managing director at the Suba Agro seed company in Tanzania.

For farmers who were unfamiliar with drought-tolerant seeds and index insurance, the project team needed to develop educational materials that clearly explained the benefits and risks of both technologies. The team also had to make these materials accessible in multiple local languages while also making sure sales agents themselves understood how both technologies worked.

“Consumer education is the key, and not just to farmers but the broad range of stakeholders,” said B.M. Prasanna, who leads CIMMYT’s global maize program.

Additional risk comes from the high cost of launching these bundled products in areas where farmers have little experience with them. Education on both technologies can be expensive while individual farmers buy relatively small quantities of seeds across geographically disbursed areas.

When the team first designed the index insurance to complement DTM, they had no precise data on how its yields change depending on how much rain falls throughout the season. Having that data makes bundling insurance with DTM much more cost-effective.

“A good role for public institutions is solving these kinds of public goods problems like information and learning,” said Carter. “It’s up to the private sector to take these solutions to scale, and this will only succeed if those solutions are sustainable as a business.” 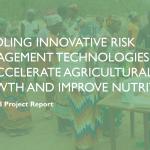 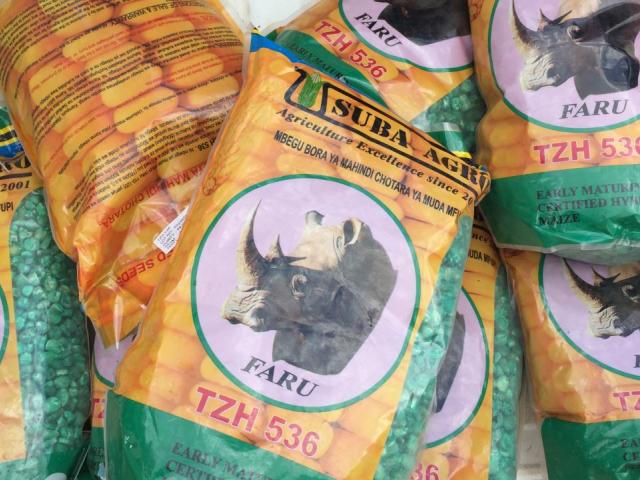