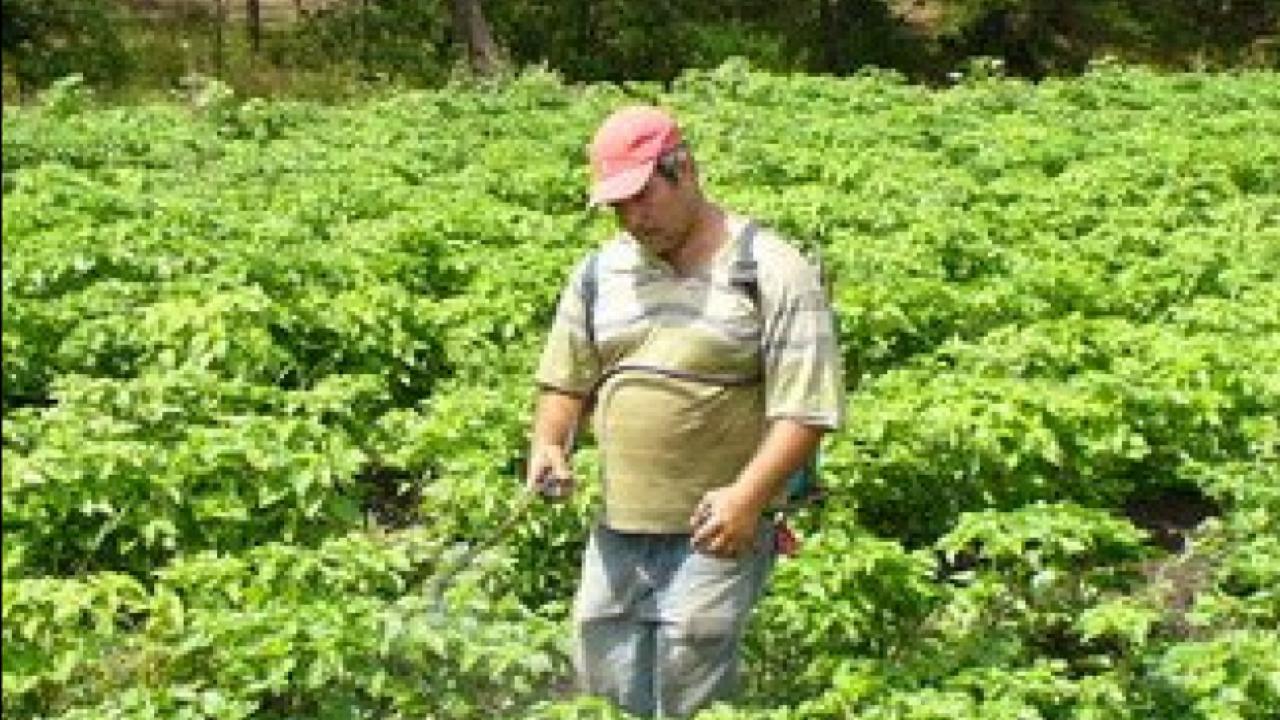 The agri-food economies of many developing countries are undergoing a deep restructuring characterized by rapid diffusion of supermarkets, fast food chains, modernized wholesalers, and large-scale processors. Globalization is one of the drivers of the food industry's move away from reliance on the spot markets and intermediary wholesalers and brokers that characterize traditional food value chains. Given the anticipated extent of these changes, it is important to understand how such market transformations may involve or exclude small farmers. 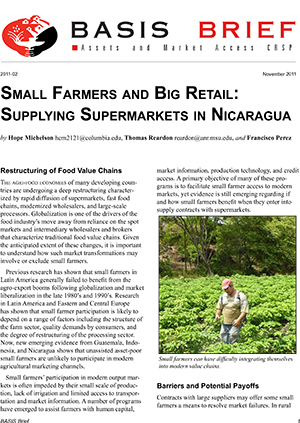 Previous research has shown that small farmers in Latin America generally failed to benefit from the agro-export booms following globalization and market liberalization in the late l 980's and l 990's. Research in Latin America and Eastern and Central Europe has shown that small farmer participation is likely to depend on a range of factors including the structure of the farm sector, quality demands by consumers, and the degree of restructuring of the processing sector. Now, new emerging evidence from Guatemala, Indonesia, and Nicaragua shows that unassisted asset-poor small farmers are unlikely to participate in modem agricultural marketing channels.

Small farmers' participation in modern output markets is often impeded by their small scale of production, lack of irrigation and limited access to transportation and market information. A number of programs have emerged to assist farmers with human capital, BASIS Brief market information, production technology, and credit access. A primary objective of many of these programs is to facilitate small farmer access to modern markets, yet evidence is still emerging regarding if and how small farmers benefit when they enter into supply contracts with supermarkets.

Contracts with large suppliers may offer some small farmers a means to resolve market failures. In rural areas small farmers often have limited access to transportation and limited knowledge about market prices in central urban markets. A supermarket contract can help farmers mitigate price risk by guaranteeing both a market and a set price. However, because small farmers often lack the assets and capital required to maintain the consistent supply of high quality produce that supermarket chains require, they are generally unable to contract directly with supermarkets.

This study uses a unique data set from three small farmer horticultural cooperatives assisted and at least partially financed by NGOs between 2005 and 2008. These NGOs, with support from USAID, organized and assisted the cooperatives with credit, irrigation, and technical capacity, and facilitated the cooperatives' contract negotiations. The NGOs also provided resources for aggregating, cleaning and selecting produce to meet supermarket quality standards. The cooperatives in this study had contracts to supply either La Colonia, a Nicaraguan supermarket chain, or Walmart, an international chain.

By comparing the observed costs and revenues of contracts between the two supermarket chains and the farmers in the NGO-assisted cooperatives with the potential payoffs from participation in the traditional retail market, we are able to answer three primary questions. First, how do supply agreements affect farmers' mean output price and average payoff over time compared with the traditional market? Second, do supermarket contracts affect farmers' output price stability? Finally, how do contracts with a local versus a multi-national supermarket chain affect small farmers' price mean and variation compared with the traditional market? The resulting analysis offers a new perspective on potential payoffs for small farmers' participation in supermarket supply chains.

One implicit justification for NGO efforts to assist cooperatives with supermarket contracts is the assumption that farmers will receive a higher price for their produce than the traditional spot market. To answer this question, we compared primary data on semiweekly prices received by three cooperatives supplying either Walmart or La Colonia between April 2005 and May 2008 with traditional market weekly price data from the Nicaraguan Ministry of Agriculture and Forestry (MAGFOR) collected between January 2001 and June 2008.

One explanation for the mean price differences between the two supermarkets is the distinct procurement structures employed by the chains. Walmart sends its trucks to the farmers' communities to source produce, thus assuming the costs and risks of transportation, while La Colonia suppliers must make the trip to the supermarket's Managua headquarters themselves. Sourcing at the farm gate may offer Walmart a special advantage in price negotiation in a market in which farmers face high transport and transactions costs. Our finding that Walmart's mean farmgate prices closely approximate prices reported by farmers transacting with traditional buyers at the farmgate provides some evidence for this explanation.

A second, related explanation for the differences be tween prices paid by supermarket chains and the spot market is that Walmart's supply network may facilitate participation by farmers who would otherwise lack the resources to transport produce to the central market in Managua. The company therefore may be able to take advantage of price margins separating the city from the countryside, negotiating a per kilogram farm gate price better than what traditional farm gate wholesale buyers offer rural farmers, yet still significantly below the Managua price (less transport costs). Of course, it may be that Walmart assumes significant procurement costs and earns no profit, but Walmart's scale and efficiency imply bulk transport costs significantly less than those of other transporters. These are possibilities that we cannot test using our current data.

La Colonia's proximity to the Managua market may explain why the domestic chain's prices tend to approximate or exceed the traditional market prices. La Colonia cannot take advantage of any spatial arbitrage opportunities in pricing because its suppliers come to Managua to make semi-weekly deliveries. La Colonia suppliers and cooperatives must be equipped with trucks to deliver to the stores; they make habitual stops to sell excess supply at the Managua markets after delivering produce to the supermarket.

Because supermarkets purchase less than 100 percent of the production of farmers from whom they buy, and because that share is carefully selected to meet chain-specific standards, in theory the supermarket chains should be paying a premium for high quality produce. Yet, the supermarket chain prices are not significantly higher than the traditional market. Thus, the mean prices paid by Walmart are even lower than they appear.

Data from the farmer cooperatives and the traditional market in this study indicate that supermarkets reduce price volatility over the traditional market. Output price volatility is a serious concern for farm households. Poorer households are often more averse to risk, and more willing to take on lower-risk lower-return production strategies. Therefore, a decrease in output price risk can be expected to lead to improved household efficiency in production and investment.

However, our analysis suggests that some farmers may be paying too much for this insurance against traditional market price volatility. Three possible explanations might account for participant farmers' apparent high willingness to pay for reductions in price volatility. First, our analysis may be picking up the differences between risk and loss aversion. If farmers are loss averse, with a strong preference to avoid sharp seasonal price drops, they might have a higher value for the insurance of the contract than our analysis can assess.

Second, the supermarket contract may offer the farmers an opportunity for portfolio diversification. Our analysis of prices and volatility in a single market may not capture the farmer's decision problem if he or she optimizes over the total risk of the farm's marketing portfolio.

A third possibility is that farmers perceive the probability of an extremely low price in traditional markets to be significantly higher than reflected in the year-round data collected by the Nicaraguan government. In general, prior to the supermarket contract, a farmer's experience with horticulture markets is seasonal due to a lack of irrigation. When farmers adopt supermarket contracts, they move into year-round production and marketing for the first time and therefore may overestimate the likelihood of seasonal price fluctuations.

The Importance of Contract Type

La Colonia, Nicaragua's domestic supermarket chain, offers farmers a market option similar to the traditional market in mean price and price variability. Walmart seems to have pursued a different strategy. Walmart's initial contracts with NGO-assisted cooperatives suggest that the company benefited from credit and transport failures that might contribute to spatial market segmentation, initially offering a mean price similar to that of traditional farm gate buyers. Our results suggest that these early Walmart supply agreements were not welfare improving for the farmer relative to the traditional market. Beginning in 2007, however, Walmart changed its supply agreements to provide farmers insurance against the price risks of the traditional market.

Walmart also began moving NGO-backed farmers and farmer cooperatives to year-round production agreements featuring seasonal planting plans. In early 2008, farmers described three distinct contract types. All contracts were pegged to a reference traditional market price, an average at the time of sale of the prices in two Managua wholesale markets and a regional market close to the farmer.

Our research indicates that a primary benefit to small farmers of participation in supermarket supply chains may be the decrease in output downside price risk relative to traditional horticulture spot markets. Contrary to the results of previous research and the expectations of academics and development practitioners, we find little evidence that the mean output price paid by supermarkets is consistently significantly higher than the traditional spot market. Our findings suggest that marketing arrangements that off er some measure of price insurance and pay for this minimum guarantee with a mean price reduction may be both attractive to the farmer and provide sufficient price insurance to encourage farm investment and production increases.

If the modern horticultural market in Nicaragua continues to develop, there will be room for growth in the production sector. Support for cooperatives and farmers entering into such supermarket contracts could be encouraged as a means to stimulate productive investment and future growth, however, farmers and cooperatives new to supermarket contracts are likely to require assistance with credit, irrigation, quality control, and market information. It should be noted, however, that Nicaragua's supermarket sector is still in an early stage and it remains to be seen whether early participants will continue as suppliers and whether benefits to early supplier entrants will persist as new farmers enter the supply chain. 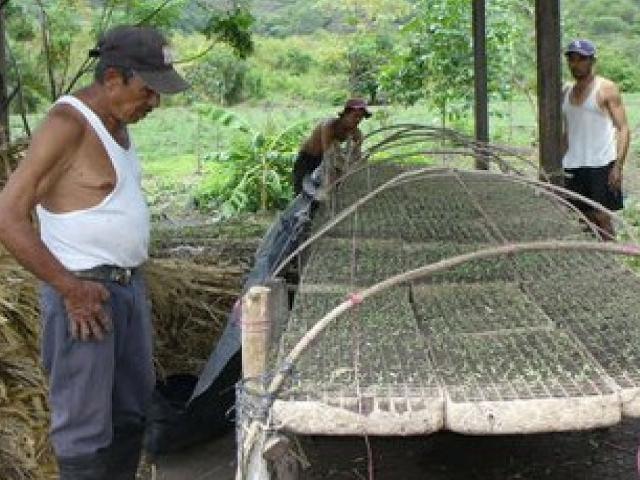