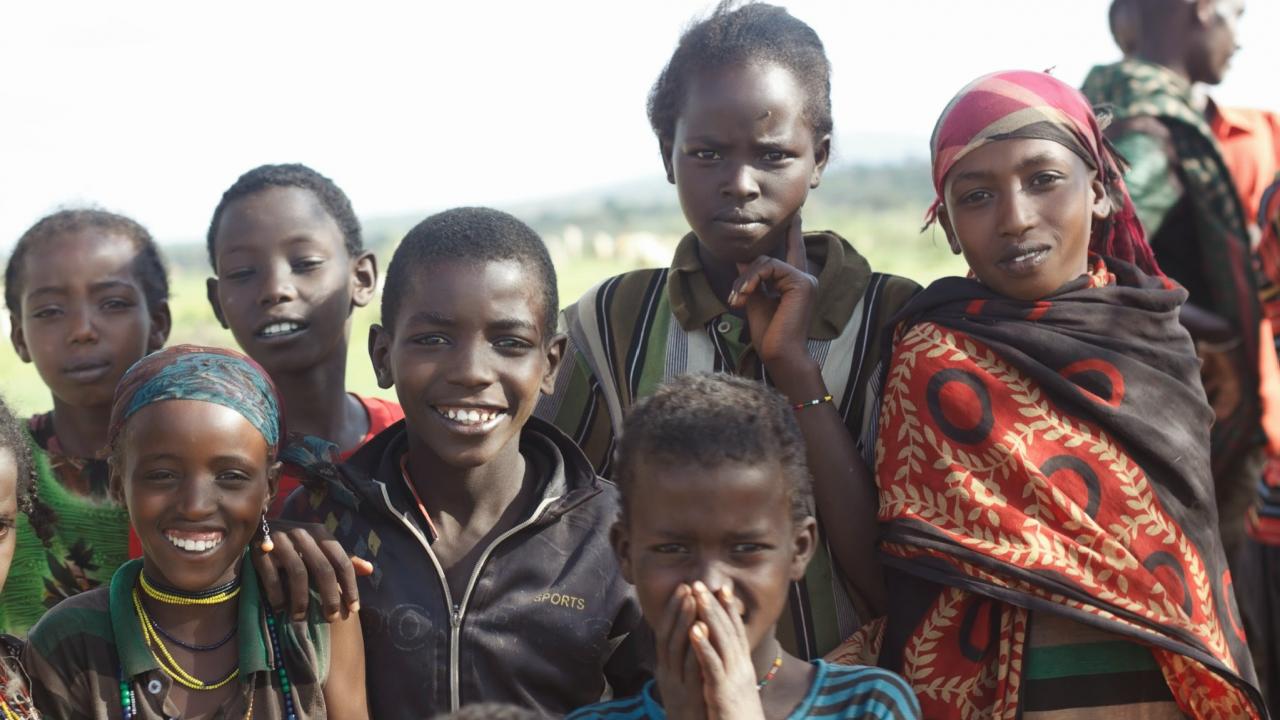 Catastrophic weather shocks, such as severe drought or flood, are an important cause of poverty among rural households in developing economies. As the risk of these shocks is forecasted to increase, national social protection budgets will struggle to keep up with the number of households in need.

Just as climate scientists use advanced climate modeling to predict long-term change, we used advanced economic modeling to predict how well different social protection programs can address poverty in the face of climate change.[1] We found that a resilience-based approach to social protection that includes insurance is the only sustainable way to manage poverty in the long-term. However, even this approach will fail if worst-case climate change scenarios come to pass. 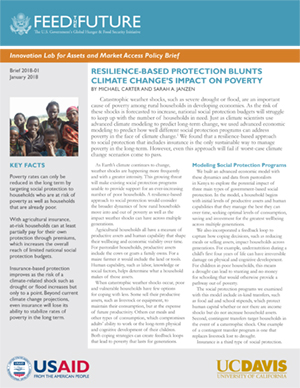 As Earth’s climate continues to change, weather shocks are happening more frequently and with a greater intensity. This growing threat will make existing social protection programs unable to provide support for an ever-increasing number of poor households. A resilience-based approach to social protection would consider the broader dynamics of how rural households move into and out of poverty as well as the impact weather shocks can have across multiple generations.

Agricultural households all have a measure of productive assets and human capability that shape their wellbeing and economic viability over time. For pastoralist households, productive assets include the cows or goats a family owns. For a maize farmer it would include the land or tools. Human capability, such as labor, knowledge or social factors, helps determine what a household makes of those assets.

When catastrophic weather shocks occur, poor and vulnerable households have few options for coping with less. Some sell their productive assets, such as livestock or equipment, to maintain their consumption, but at the expense of future productivity. Others cut meals and other types of consumption, which compromises adults’ ability to work or the long-term physical and cognitive development of their children. Both coping strategies can create feedback loops that lead to poverty that lasts for generations.

We built an advanced economic model with these dynamics and data from pastoralists in Kenya to explore the potential impact of three main types of government-based social protection. In the model, a household begins with initial levels of productive assets and human capabilities that they manage the best they can over time, seeking optimal levels of consumption, saving and investment for the greatest wellbeing across multiple generations.

We also incorporated a feedback loop to capture how coping decisions, such as reducing meals or selling assets, impact households across generations. For example, undernutrition during a child’s first four years of life can have irreversible damage on physical and cognitive development. For children in poor households, this means a drought can lead to stunting and no money for schooling that would otherwise provide a pathway out of poverty.

The social protection programs we examined with this model include in-kind transfers, such as food aid and school stipends, which protect human capital whether or not there are income shocks but do not increase household assets. Second, contingent transfers target households in the event of a catastrophic shock. One example of a contingent transfer program is one that replaces livestock lost to drought.

Insurance is a third type of social protection. It is unique compared to the others in that it requires payment for individual coverage, but payouts for covered losses are predictable. Research has shown that this predictability has additional benefits for covered farmers. When farmers know that they will be compensated in the event of catastrophic losses, they tend to increase investments in more productive inputs that lead to higher incomes.[2] This added benefit builds resilience among households who are most at risk of climate-related catastrophes.

Reducing Poverty in the Long Term

The model shows that regular in-kind transfers that are targeted perfectly to the poorest households will eliminate all of their short-term shortfalls in consumption. However, with only this kind of transfer the extent and depth of poverty increase over time as the next catastrophic shock adds newly poor households to the existing poor who have not yet accumulated the assets needed to get out of poverty.

On the other hand, a contingent transfer program targeted to vulnerable households does a better job than in-kind transfers of slowing the overall growth in the total number of poor households. Across four generations in the simulation, the total number of poor declined by about one fourth. However, because these kinds of payments increase with the severity of the shock, in years with the highest losses the smallest share of the social protection budget is dedicated to the poorest households.

Insurance is one way to bridge these tradeoffs between support for poor households on the one hand and vulnerable households on the other. Insurance payments are more predictable than emergency aid, which is subject to government budgets and the ability to get funds to those in need. Also, if vulnerable households pay at least a share of the premium payments, insurance also has the potential to be self-sustaining, reducing the burden on public budgets and increasing the total funds available to support the poorest households.

We stress tested these three types of social protection with current pessimistic projections about increasing drought risk and found that only insurance-based social protection targeted to vulnerable households improved in its effectiveness. However, if drought risk increases beyond current climate change projections, then even insurance loses its ability to stabilize the extent and depth of poverty.

As the frequency and intensity of climate-related shocks continue to grow, so does the risk that more households will live their lives in destitution. This raises the stakes for addressing poverty, food security and vulnerability through resilience-based social protection programs, as the alternative for many families is chronic poverty that lasts for generations.

One potential challenge is developing agricultural insurance that can be effectively and affordably scaled among rural households in developing economies. While traditional insurance does not work in development settings due to its high administrative costs, index insurance has shown promise. Rather than basing payouts on verified claims, index insurance bases payouts on losses estimated from an index of data from satellites, weather stations or average losses in an area.

While uptake for index insurance among small-scale agriculturalists worldwide has been low, research confirms that vulnerable households’ unwillingness to purchase is primarily driven by cost. When subsidies have cut the cost of insurance in half, demand has increased rapidly.[3] This suggests the vulnerable may be able to cover a substantial portion of their own social protection, which may also beneﬁt those in the greatest need.

Michael Carter, a UC Davis professor of agricultural and resource economics, is director of the Feed the Future Innovation Lab for Assets and Market Access. 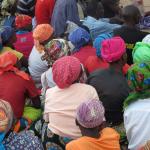