Policy Brief: Higher Aspirations, to a Point, Can Lead to Greater Investment in the Future 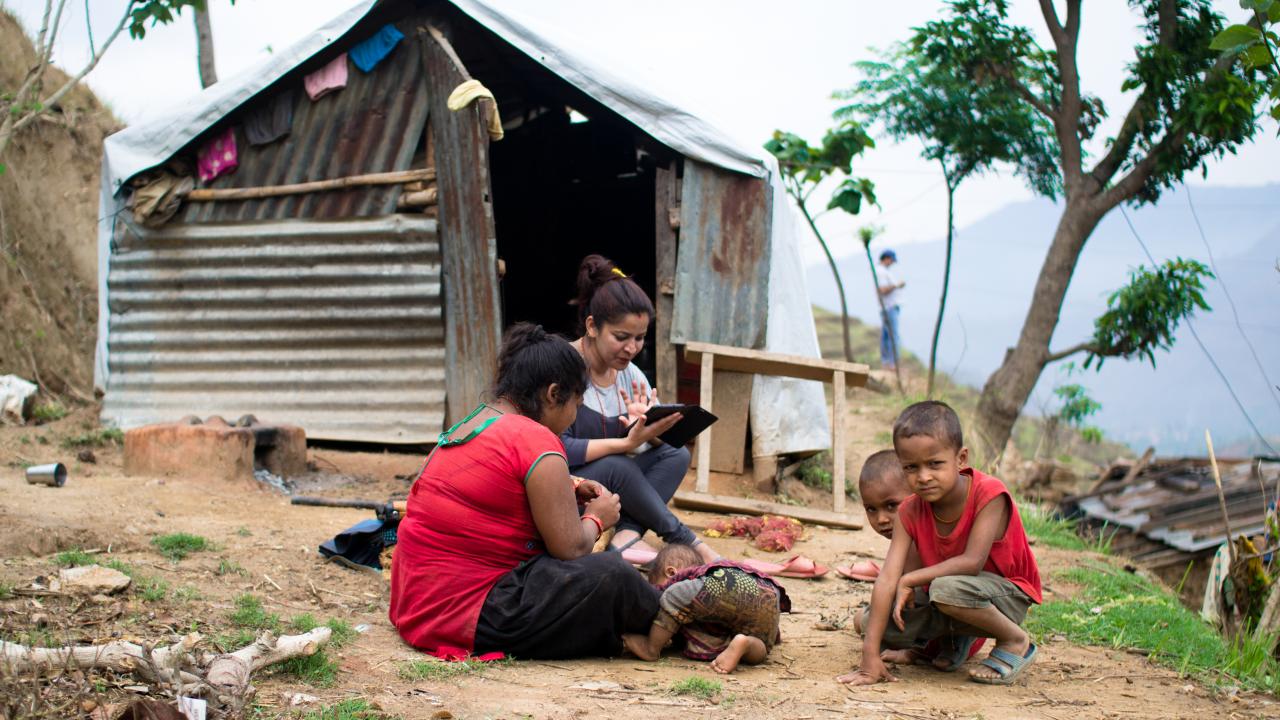 Research has shown that an individual’s beliefs about what she can achieve have an impact on how she invests in her future. Using baseline data from a larger study on an asset transfer program for women in rural Nepal,[1] we tested how these women’s aspirations affected their investment in the future.

We found that higher aspirations, up to a point, meant higher savings and greater expenditures on their children’s education. But when aspirations were too high, rates of both fell. These and other findings suggest that programs addressing aspirations may offer one pathway out of poverty. 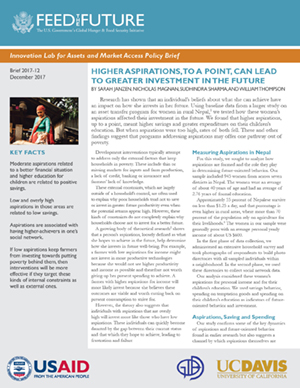 Development interventions typically attempt to address only the external factors that keep households in poverty. These include thin or missing markets for inputs and farm production, a lack of credit, banking or insurance and farmers’ lack of knowledge.

These external constraints, which are largely outside of a household’s control, are often used to explain why poor households tend not to save or invest in greater future productivity even when the potential returns appear high. However, these kinds of constraints do not completely explain why households choose not to invest for a better future.

A growing body of theoretical research[2] shows that a person’s aspirations, loosely defined as what she hopes to achieve in the future, help determine how she invests in future well-being. For example, a farmer with low aspirations for income might not invest in more productive technologies because she would not see higher productivity and income as possible and therefore not worth giving up her present spending to achieve. A farmer with higher aspirations for income will more likely invest because she believes these outcomes are viable and worth cutting back on present consumption to strive for.

However, the theory also suggests that individuals with aspirations that are overly high will invest more like those who have low aspirations. These individuals can quickly become daunted by the gap between their current status and that which they hope to achieve, leading to frustration and failure

For this study, we sought to analyze how aspirations are formed and the role they play in determining future-oriented behavior. Our sample included 945 women from across seven districts in Nepal. The women were an average of about 40 years of age and had an average of 2.76 years of formal education.

Approximately 55 percent of Nepalese survive on less than $1.25 a day, and that percentage is even higher in rural areas, where more than 70 percent of the population rely on agriculture for their livelihoods.[3] The women in our sample were generally poor with an average personal yearly income of about US $600.

In the first phase of data collection, we administered an extensive household survey and took photographs of respondents to build photo directories with all sampled individuals within a neighborhood. In the second phase, we used these directories to collect social network data.
Our analysis considered these women’s aspirations for personal income and for their children’s education. We used savings behavior, spending on temptation goods and spending on their children’s education as indicators of future-oriented behavior and investment.

For income, our analysis shows that higher income aspirations imply that a farmer is more likely to save or to belong to a savings group, but only up to a certain point. When a farmer’s aspirations were too high relative to her current income, her propensity to save dropped off.
For education we also found that the greater the educational aspirations a woman had for her child, the more likely she was to invest in education up to a point. Interestingly, this relationship is slightly stronger for the education of girls than boys.

Conversely, higher levels of spending on non-productive temptation goods, such as cigarettes and alcohol, could be evidence of harmful future-oriented behavior. Spending on short-term personal benefits can crowd-out activities that yield benefits in the future. Our analysis does show that low aspirations are associated with higher spending on temptation goods, but this relationship is weak.

We found evidence that these women’s aspirations were in part socially formed, and in a very specific way. Their aspirations for income tended to be higher when women they knew personally had higher levels of income. The same was true when the women knew families with children who had achieved higher levels of education than their own children.

We did not find the same effect for people in social networks who had lower levels of income or education for their children. Women may know others with lower lower levels of both but knowing these women had no effect on their own aspirations. This shows that aspirations are upward-looking, which is consistent with what other studies have found.

How Aspirations Can Reduce Poverty

Our results contribute to a body of research that suggests a way for programs to expand their impact for rural households in poverty. If internal constraints like low aspirations prevent households from making investments that may one day lift them out of poverty, then interventions might be more effective by addressing internal as well as external constraints.

However, our study also provides a cautionary tale. If aspirations are too large compared to one’s current status, they may result in failure and frustration. Programs that seek to boost aspirations should be careful to not provide false hope.

These results contribute to a growing body of research that shows how programs that alter aspirations can increase how much an individual will choose to invest in a better future. These include programs proven to increase aspirations,[4] lengthen planning horizons[5] and improve expectations and attitudes about the future.[6] This body of evidence shows that many of the internal constraints keeping farmers stuck in persistent poverty can be changed.

Nick Magnan is an assistant professor of agricultural and applied economics at the University of Georgia.

Sudhindra Sharma is executive director of Interdisciplinary Analysts in Nepal.

William M. Thompson is a Ph.D. candidate in agricultural and applied economics at the University of Georgia. 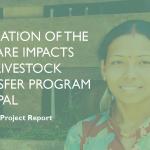 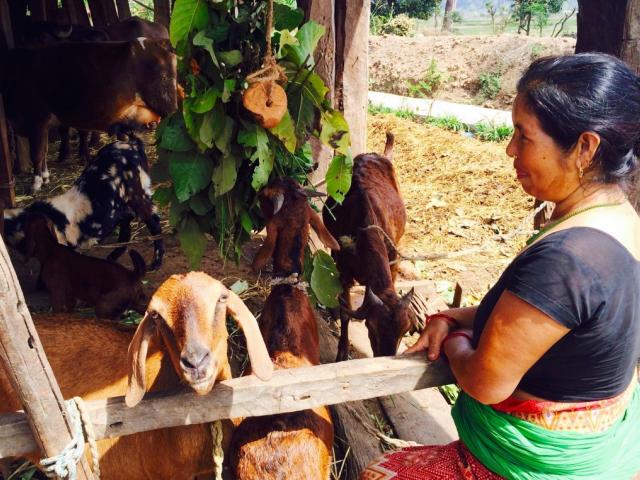