Agricultural growth is a major driver of poverty reduction in Ghana, especially in the southern part of the country. Agriculture is the nation’s largest source of employment.

Ghana has achieved an overall reduction in the poverty rate from 52 percent to 28 percent over the past 10 years. Despite this progress, the northern part of the country still has poverty rates nearly twice that of the south.

While Ghana has exhibited significant progress in agriculture, it must still import 60 percent of the rice and 15 percent of the maize consumed in the country. The demand for both these staple crops is predicted to escalate with the rise in incomes and a high urban growth rate. 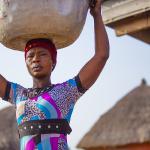 This Feed the Future ALL-IN project tests credit and formal repayment contracts in Northern Ghana, which may increase the sector’s profitability and overall shea supply while empowering women to receive the full benefits of their work. 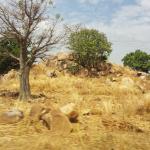 An ALL-IN research team in Ghana is testing an innovative bundle of supplemental irrigation and a complementary index insurance product to expands farmers’ overall drought protection. 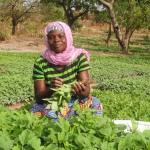 This Feed the Future ALL-IN project tests whether nutrition-related messages by mobile phone reinforce the impacts of earlier development programming on families’ nutrition and resilience. 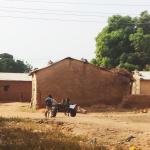 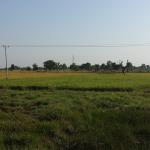 This project is developing an index insurance product that insures total agricultural revenue for small-scale producers while also expanding it to agricultural labor households who don’t have physical crops but whose livelihoods depend on local agriculture. 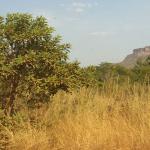 This project will develop improved index insurance policies for small-scale farmers to create stronger demand and impact for index insurance in Ghana, with a particular focus on improving the accuracy of how well products predict actual crop losses. 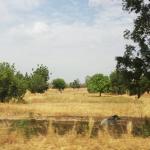 Understanding the Impact of Idiosyncratic Shocks on Farm Productivity and Household Asset Building and Protection in Ethiopia, Ghana and Bangladesh

Risk and poverty are key, inextricable concerns in Bangladesh, Ghana and Ethiopia. The research will focus on the impact of idiosyncratic risk on asset poverty and the mechanism available to redress it. 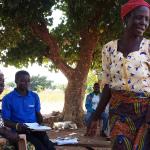 Understanding and Improving Financial Access for the Poor in Ghana

This project seeks to improve access for the poor by identifying mechanisms that create incomplete access, which innovations are effective at expanding access, and finally in looking at the welfare implications of expanded financial services. 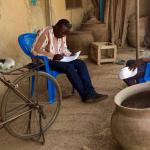 This three-year program of research, outreach, and education is designed to promote the adoption of improved production practices among Ghanaian smallholders by coupling index insurance with production loans. 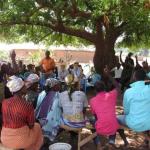 Disseminating Innovative Resources and Technologies to Smallholders in Ghana (DIRTS)

The Disseminating Innovative Resources and Technologies to Smallholders (DIRTS) project seeks to understand the barriers that stand between these farmers and more profitable investments.
Sign Up for MRR Innovation Lab Updates 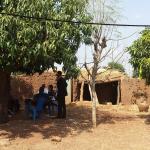 END_OF_DOCUMENT_TOKEN_TO_BE_REPLACED

Paper: Gender and Willingness to Pay for Insured Loans: Empirical Evidence from Ghana