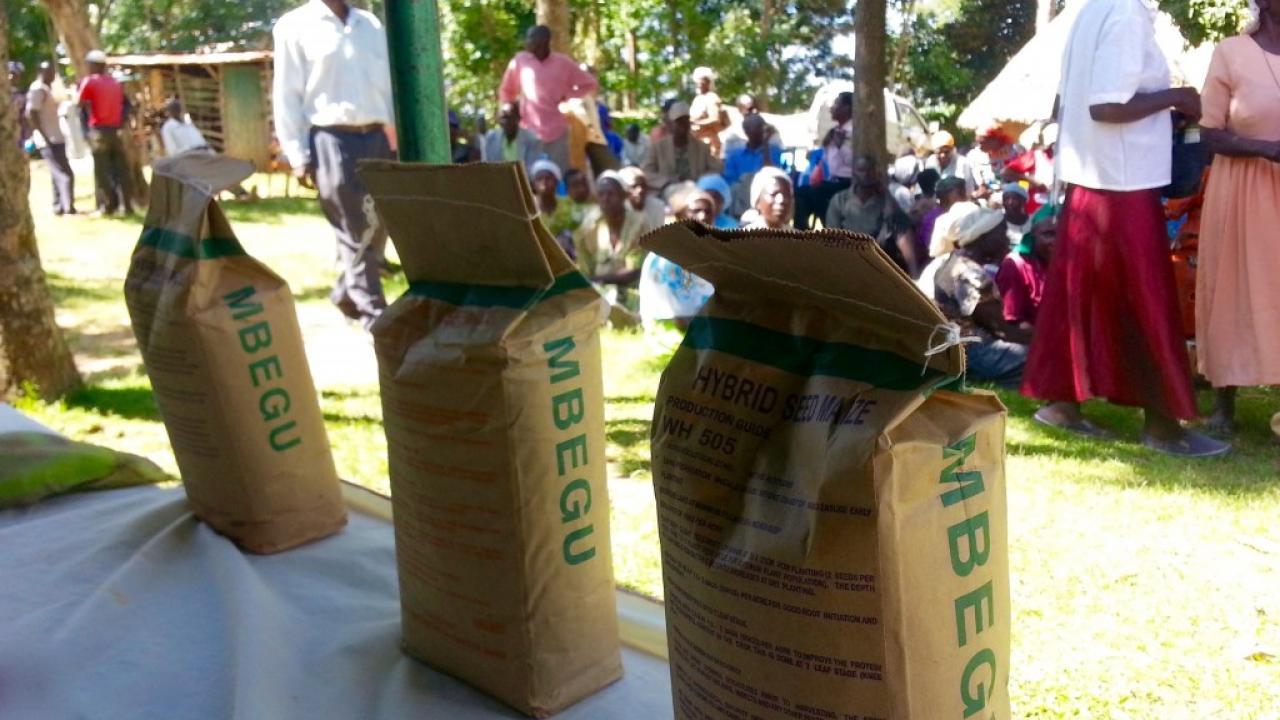 Persistent food insecurity in Kenya has been attributed to low agricultural productivity, declining land sizes, climate change and variability and other challenges. We examined input combinations used by smallholder maize farmers to understand technology adoption in mid- and low-altitudes. 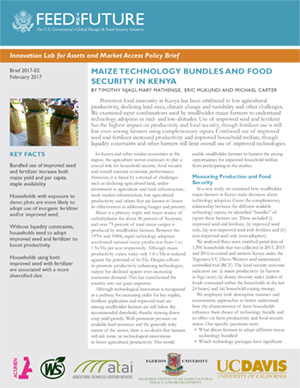 In Kenya and other similar economies in the region, the agriculture sector continues to play a crucial role for household income, food security and overall national economic performance. However, it is faced by a myriad of challenges such as declining agricultural land, underinvestment in agriculture and rural infrastructure, weak market infrastructure, low agricultural productivity and others that are known to lessen its effectiveness in addressing hunger and poverty.

Maize is a primary staple and major source of carbohydrates for about 96 percent of Kenyans, and over 75 percent of total maize output is produced by smallholder farmers. Between the 1970s and 1980s, rapid technology adoption accelerated national maize production from 1 to 1.5t/Ha per acre respectively. Although maize productivity varies, today only 1.8 t/Ha is realized against the potential of 6t/Ha. Despite efforts to promote productivity enhancing technologies, output has declined against ever-increasing consumer demand. This has transformed the country into net grain importer.

Although technological innovation is recognized as a pathway for increasing yields for key staples, fertilizer application and improved seed use among smallholder farmers are still below the recommended threshold, thereby slowing down crop yield growth. With persistent pressure on available land resources and the generally risky nature of the sector, there is no doubt that farmers will rely more on technological innovations to boost agricultural productivity. This would enable smallholder farmers to harness the arising opportunities for improved household welfare from participating in the market.

We analyzed three-wave matched panel data of 1,596 households that was collected in 2013, 2015 and 2016 in central and western Kenya under the Tegemeo/UC Davis/Western seed randomized controlled trial (RCT). The food security outcome indicators are: (i) maize productivity (in harvest in Kgs/acre); (ii) dietary diversity index (index of foods consumed within the households in the last 24 hours) and (iii) household coping strategy.

We employed both descriptive statistics and econometric approaches to better understand how the characteristics of farm households influence their choice of technology bundle and its effect on farm productivity and food security status. Our specific questions were:

The results suggest that without liquidity constraints, households tend to adopt improved seed and fertilizer to boost productivity. Owning productive resources such as significant cultivatable land and access to credit facilitates the adoption of improved seed and fertilizers. Access to credit helps to relax seasonal liquidity constraints faced by farm households, which further enables them to benefit from economies of scale when they allocate a larger portion of land for production.

Demo-plots appear to be one of the most effective method of extension for disseminating new technologies to farmers due to its practical setup that eases the learning process. Thus, households with exposure to demo plots are more likely to adopt use of inorganic fertilizer and/or improved seed.

Agro-ecological characteristics and plot elevation strongly influence the adoption of production bundles. These are highly correlated with crop performance as well as weather factors. We find that farmers in central Kenya are more receptive to adopt bundles of improved seed and fertilizer than those in western Kenya.

What Has the Greatest Impact?

In terms of food production and availability, the results indicate that bundled use of improved seed and fertilizer increase both maize yield and per-capita staple availability in the household. The largest gains were realized when both inorganic fertilizer and improved seed were used. This affirms existing literature showing that modern farming technology wields huge potential for increasing productivity even without employing extra land resources. In addition, the results underscore the importance of complementarity of inputs in production.

Furthermore, fertilizer plays vital role in enhancing productivity irrespective of the type of seed used. However, farmers in our study applied low amounts of fertilizer, which indicates that increasing amounts used to be closer to recommended levels will significantly improve the benefits accruing to farmers.

Our study used dietary diversity and coping strategies as indicators to establish links between technology bundles and food intake and response to shocks. Results show that households using the combination of improved seed and fertilizer was associated with a more diversified diet. Only local seed variety with fertilizer had significant impacts in reducing the use of coping strategies to address food shortages.

Technology adoption is a function of both demand-end and supply-end factors. Lack of well-tailored innovations such as suitable hybrid seeds to overcome pest and diseases in mid-altitude areas has been acknowledged as a major shortcoming which could further be associated with inadequate investment in research and development. Non-adoption of available innovations among smallholders could be pegged to socio-economic constraints such as credit, market access risks and information barriers that render adoption of these innovations unprofitable.

Increasing the food available per capita will therefore necessitate a paradigm shift to overcome yield stagnation. This will entail policy interventions that operationalize the promotion of technology bundles that complement each other to boost crop yields and diversification of technology options, addressing liquidity and investment constraints with a policy framework that is sensitive to the specific needs of all farmers.

Timothy Njagi is a research fellow at the Tegemeo Institute of Agricultural Policy & Development at Egerton University in Kenya.

Mary Mathenge is the director of the Tegemeo Institute of Agricultural Policy & Development at Egerton University in Kenya.

Eric Mukundi is a senior research assistant at the Tegemeo Institute of Agricultural Policy & Development. 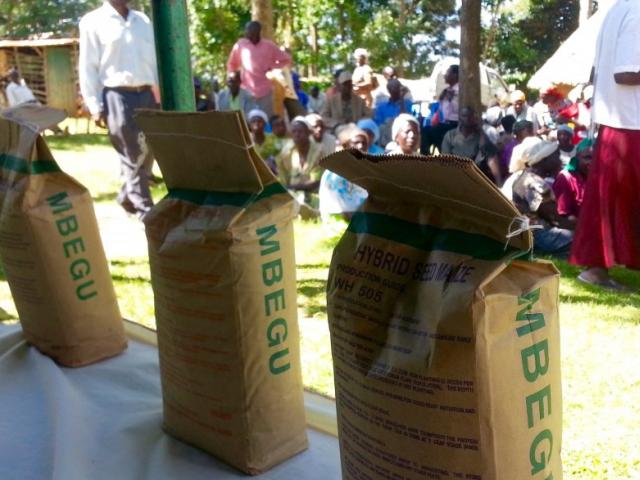