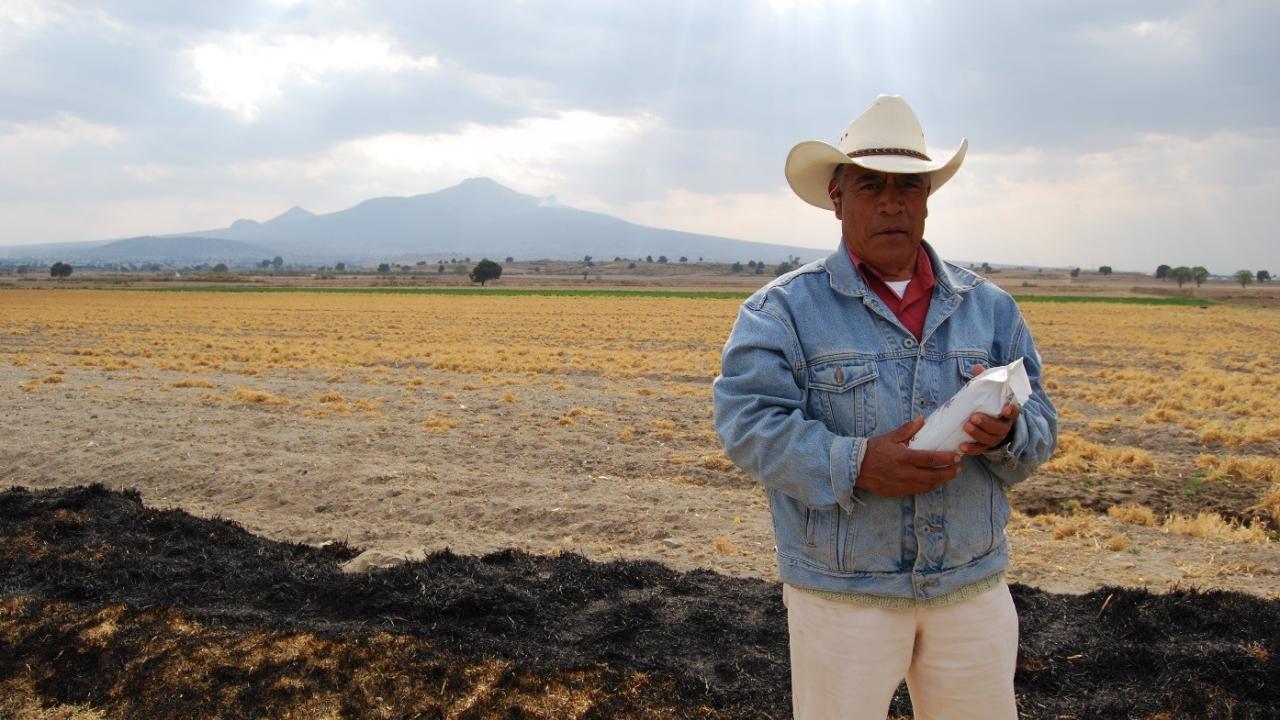 Agricultural productivity remains low among small-scale farmers in developing economies, and this may be due in part to the appropriateness of productive inputs for individual farms’ local conditions. In a new randomized controlled trial (RCT) we examined whether providing small-scale Mexican maize farmers with input recommendations tailored to their local conditions can improve yields.

We found considerable variation in soil characteristics across plots, and correspondingly in the tailored recommendations. The experimental treatments improved yields despite adverse climactic conditions, particularly for farmers who were more productive before the study began. Some of the practices and input adoption also persisted in the subsequent, unsubsidized year. Our results suggest that localized recommendations offer yield benefits but that the returns are likely to vary across farmers. 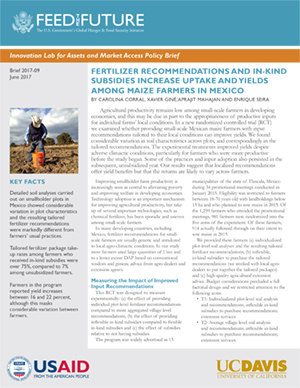 Improving smallholder farm productivity is increasingly seen as central to alleviating poverty and improving welfare in developing economies. Technology adoption is an important mechanism for improving agricultural productivity, but take-up of several important technologies, such as chemical fertilizer, has been sporadic and uneven among small-scale farmers.

In many developing countries, including Mexico, fertilizer recommendations for small-scale farmers are usually generic and untailored to local agro-climactic conditions. In our study most farmers used large quantities of Urea and to a lesser extent DAP based on conventional wisdom and generic advice from agro-dealers and extension agents.

The program was widely advertised in 13 municipalities of the state of Tlaxcala, Mexico during 34 promotional meetings conducted in January 2015. Eligibility was restricted to farmers between 18-70 years old with landholdings below 15 ha and who planned to sow maize in 2015. Of the 1,299 farmers who attended the promotional meetings, 981 farmers were randomized into the five arms of the experiment. Of these farmers, 914 actually followed through on their intent to sow maize in 2015.

We provided these farmers (a) individualized plot-level soil analyses and the resulting tailored fertilizer recommendations, (b) inflexible, in-kind subsidies to purchase the tailored recommendations (we worked with local agro-dealers to put together the tailored packages) and (c) high-quality agricultural extension advice. Budget considerations precluded a full factorial design and we restricted attention to the following arms:

The in-kind grants provided 2,000 pesos (US $150) worth of inputs, which was roughly half the average per-hectare cost of the recommended inputs. The grant was applied sequentially, starting with a precision sowing drill for fertilizing at sowing (800 pesos). The remainder was applied to the recommended fertilizer package.

If the input recommendations cost more than 2,000 pesos, farmers were responsible for paying the difference. Farmers offered the flexible in-kind subsidy could purchase any inputs at the agrodealer store and were not required to rent the precision sowing drill. The inflexible grant restricted purchases to the specific input recommendations. Extension services consisted of three plot visits by extension workers along with three group-training sessions at sowing, 40 days after sowing and pre-harvest.

However, take-up rates were over 75 percent in treatments T1, T2 and T3—all of which included subsidies to purchase recommended fertilizers. That take-up rates were comparable across these three groups suggests that neither the level of localization of the recommendations nor the restrictions on the use of the subsidy mattered. Among farmers in T4, who did not receive a subsidy for fertilizer purchases, take-up was only seven percent.

In 2016, farmers across treatment arms continued to use the agricultural practices learned in 2015. This was especially true among farmers in T3 who received flexible in-kind subsidies that gave them discretion over purchases. Fertilizer at sowing increased by 67 percent relative to a base of 12 percentage points for farmers in the control group. Farmers in T3 were more likely to use precision machinery (16%), fertilizer at sowing (20%), herbicide one week after sowing (20%) and were also more likely to cover the fertilizer right after topdressing (82%) to reduce the loss of nutrients.

In 2015, plant density was about 15 percent higher for farmers in T1-T3 compared to farmers in the control group. The difference in the level of localization of fertilizer recommendations, however, whether individual or village, did not seem to affect yields to any substantial degree. Farmers in the T1-T3 reported yield increases in 2016 between 16 and 22 percent relative to the control group, although this masks considerable variation between farmers.

Increasing our understanding of the drivers of yields remains a first order question for policy-makers, as different drivers suggest different interventions to improve agricultural yields. This study suggests that providing tailored recommendations based on soil analyses can improve yields for small-scale farmers and that agro-dealers can feasibly provide such tailored recommendations to farmers.

This study also documents that tailoring at an aggregate level (e.g. at the more cost-efficient village level) does not lead to significant yield losses relative to tailoring at an individual plot level. The findings also suggest that in-kind subsidies for fertilizer purchases can have a large and persistent impact on both rates of chemical fertilizer uptake and crop yields.

Aprajit Mahajan is an associate professor in the Department of Agricultural and Resource Economics at UC Berkeley.

Xavier Giné is the lead economist in the Finance and Private Sector Development Team of the Development Research Group.

Carolina Corral is the country director of Precision Agriculture for Development in Kenya. 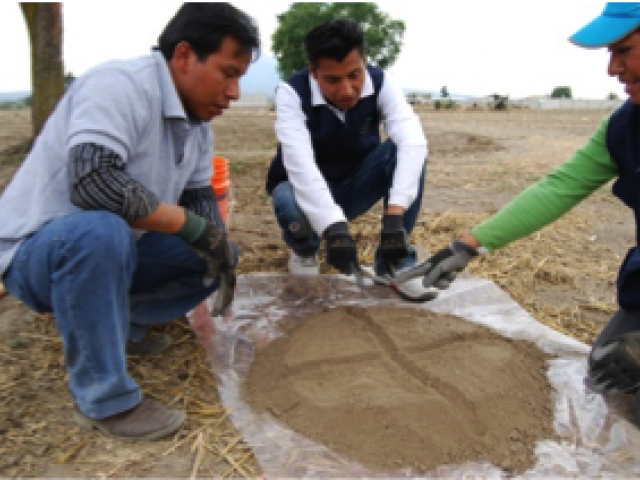