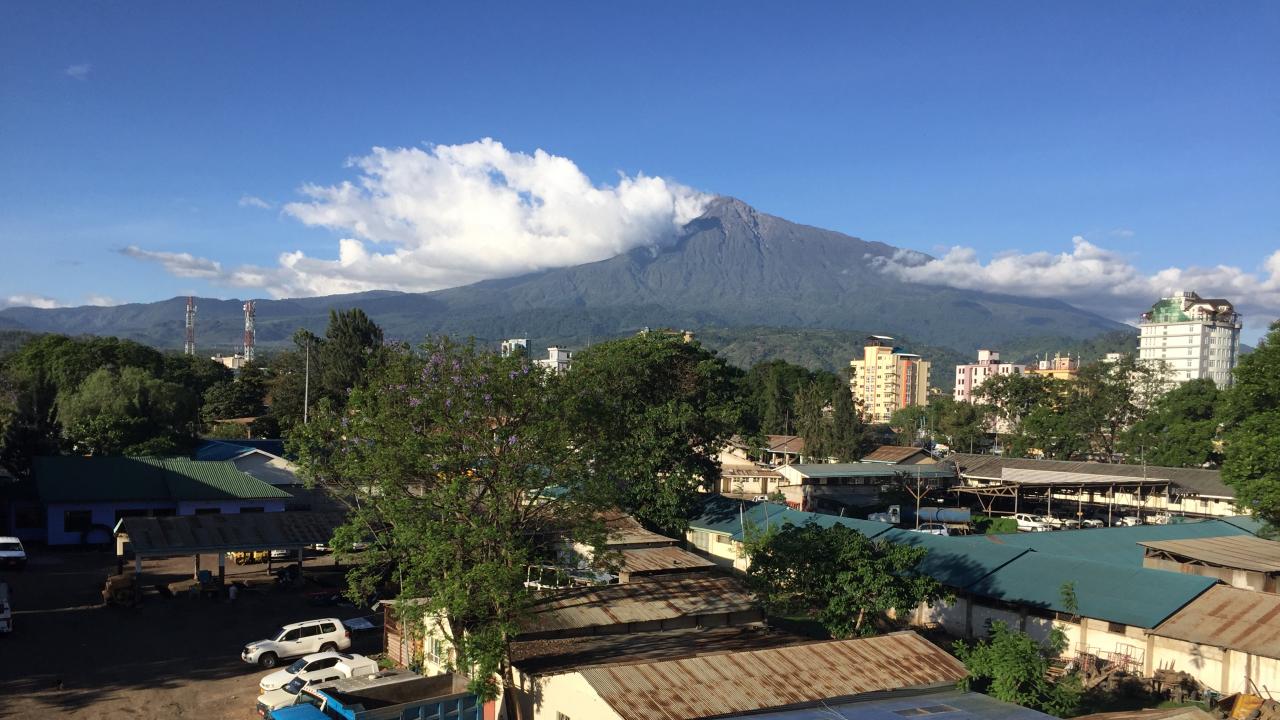 Mobile phones have spread across developing countries without information services like phone books or switchboard operators. In Tanzania, we measured the impacts of a printed phone directory connecting small-scale farmers with agriculture-related enterprises.

Treated farmers significantly increased their use of mobile money, use of hired labor and sourcing of goods and information from outside the village with lower rates of crop failure and weakly higher output prices. Listed enterprises had large increases in business-related calls and use of mobile money. These results suggest directory services have substantial value for agriculture.

The mobile phone transformation has been rapid and all-encompassing. In Sub-Saharan Africa there were 18 mobile phone subscriptions per 100 people in 2006 and 76 per 100 by 2015. In Tanzania, 79 percent of households had a mobile phone in 2015.

Mobile phones have proliferated largely without services like the Yellow Pages that allow users to find new phone numbers at low cost. People learn of new numbers by interacting directly with the party whose number they wish to acquire, or through their face-to-face network. The lack of systematic directory services reduces the productive benefits of the mobile phone revolution and skews them toward individuals with stronger pre-existing social networks or with the capacity to travel and gather numbers.

We conducted a two-sided randomized controlled trial (RCT) in the Dodoma and Manyara regions of Tanzania to measure the impacts of a printed mobile phone directory on small-scale farmers and agriculture-related enterprises. The directories were booklets called Kichabi, for kitabu cha biashara (“business book” in Swahili).

Because there is no registry of the many small and informal enterprises relevant to farmers, we conducted a census in 2014 to collect basic details for enterprises in all villages and towns with populations over 4,000 (and ward capitals) in our study area. We covered 49 locations, including the commercial cities Dodoma and Babati. The ﬁnal enterprise sample consists of 1,495 enterprises.

We randomized enterprises into the directory for a short, closely monitored trial period (to avoid competitively disadvantaging the control-group enterprises). In December 2014 and January 2015 we distributed directories via community meetings in randomly selected treated villages. 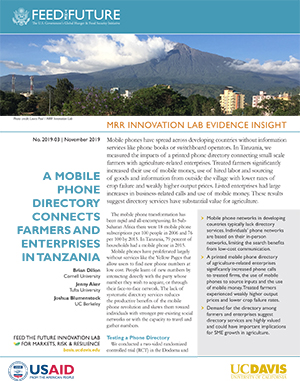 The printed mobile phone directory had substantial impacts for small-scale farmers. Compared to farmers that did not receive the directory, recipients increased their use of mobile phones by

Treated farmers were 23 percent more likely to use hired labor, 27 percent less likely to experience a maize crop failure and sold crops at prices that were 70 percent (weakly) higher. There were no statistically significant effects on use of fertilizer, pesticides or improved seeds, and no effects on whether farmers conducted any input search.

The directory also likely had impacts beyond the immediate recipients. The majority of recipients reported sharing the directory within their household, and 43 percent reported sharing it outside the household. This widespread sharing of the directory explains one puzzling finding from our willingness-to-pay experiments conducted in 2016. Individuals in treated villages had a slightly lower average willingness-to-pay for a directory than those in untreated villages. Access to someone else’s directory may have made people less willing to pay for their own copy.

Impacts of being listed as enterprises were also substantial. Over four post-treatment surveys in one year, listed enterprises reported a 27 percent increase in the number of incoming business-related phone calls in the last two days. They were also 12 percent more likely to use mobile money.

We found no evidence that these increases came at the expense of businesses in the control group. The directory seems to have prompted new connections, rather than simply diverting contacts from some businesses to others.

Despite significant increases in calls and use of mobile money among enterprises listed in the directory, we found uniformly positive but statistically insignificant impacts on outgoing communication, sales, revenue or employment by treated enterprises. Our project may have been too short to detect impacts in these domains. However, the lack of measurable impacts for some outcomes also indicates that respondents were not simply telling the survey team what they thought we wanted to hear.
Directories for SME Growth

There is clearly substantial pent-up demand for business communication in rural Tanzania. To investigate whether a private firm could profitably develop and sell directories in this region, we measured willingness-to-pay (WTP) among potential directory recipients and the listed enterprises. On average, farmers were willing to pay TSH 835 (about USD $0.40) to receive a copy of the directory on the spot. In villages where we had not previously distributed the directory, five percent of the sample were willing to pay TSH 10,000—about USD $5—for a copy.

Enterprises also showed a strong WTP to be listed in future printings. The average WTP was TSH 3,621 TSH, roughly USD $1.72. Enterprises listed in the 2015 trial directory were willing to pay 23 percent higher that enterprises not previously listed.

There appears to be substantial potential to finance a directory by charging enterprises for a listing. Based on our experience and informal discussions with mobile network operators in Tanzania, we suspect that uncertainty, logistical costs and up-front financing demands have kept private firms from developing this service to date.

These results show that directory services have important implications for enterprises. The large majority of enterprises in Tanzania engage in no formal advertising. It is plausible that the high cost of advertising is a key constraint on growth. In that respect, our findings represent an important contribution to understanding SME growth—or lack thereof—in developing economies.

Brian Dillon is an assistant professor of applied economics and management at Cornell University.

Jenny C. Aker is a professor of development economics at Tufts University.

Joshua Blumenstock is an assistant professor at the UC Berkeley School of Information. 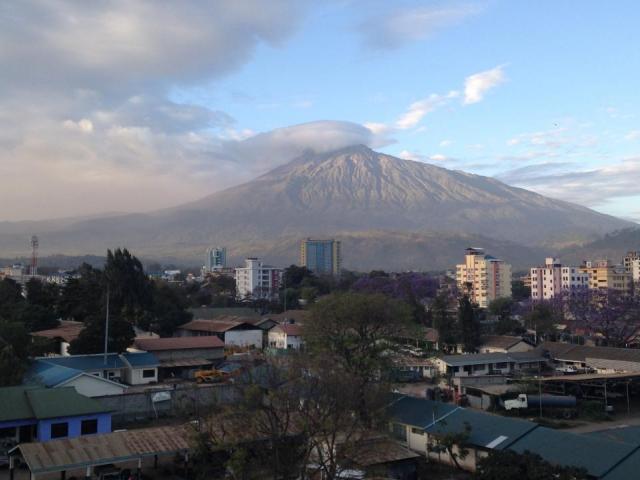