The Value of Linking Farmers to Maize Value Chains in Rwanda 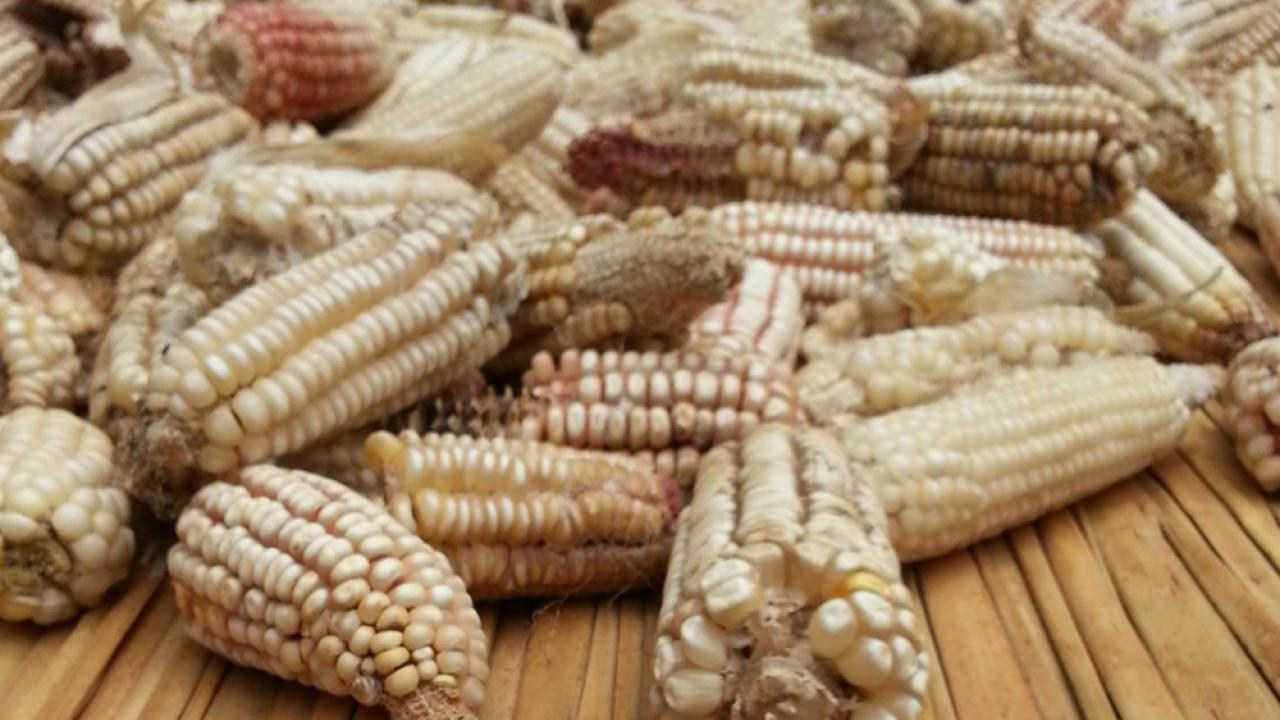 Transitioning from subsistence farming to commercial agriculture is a key pathway to achieving agricultural transformation. In Rwanda, MRR Innovation Lab researchers are connecting maize farmer cooperatives with food processors through the WFP Farm to Market Alliance (FtMA) program to provide a stable market for high-quality maize. This connection to markets could increase farmers’ investments in quality- and productivity-enhancing inputs, and profits. Value-chain actors also benefit from these linkages as they get access to a consistent supply of high-quality maize.

One of the main challenges keeping farmers from tapping into commercial value chains is that smallholder farmer output often does not meet required quality standards. Farmers typically hand-shell maize kernels and dry them on plastic tarpaulins outside their homes, increasing the risk of contamination.

In Rwanda, this problem is further compounded as the start of the next rainy season comes shortly after the harvest of the main growing season, often causing maize to be insufficiently dried before it is put into storage. FAO standards suggest that maize should have no more than 13-14 percent moisture content when it is stored or milled. Maize in Rwanda may have higher moisture content, although the exact amount is not known because rural farmers do not have moisture meters.

Residual moisture can lead the maize to be tainted by aflatoxin, a carcinogenic fungus. Contaminated maize does not meet the quality standard required by large food processors, and, as a result, a large share of the maize contributed by small-scale farmers tends to get rejected. This rejection effectively shuts farmers out of value chains and discourages them from investing in quality inputs that could increase productivity. Being linked to a processor may be meaningless absent the ability to effectively process and dry maize after harvest.

The Farm to Market Alliance (FtMA) program, led by the World Food Programme (WFP) in Rwanda, aims to improve the current maize processing system by connecting farmers with a group of commercial processors, the majority of which buy maize on the cob directly from farmers, transport it to processing centers and manage all post-harvest processing in-house.

The custom-built industrial shelling and drying machines replace the traditional six to ten-week post-harvest drying period with a much shorter process. These commercial processors offer contracts to buy farmers’ entire lots of maize and pay them almost immediately after harvest, which eliminates the need for farmers to dry their maize and reduces the risk of post-harvest losses from spoilage or contamination.

This MRR Innovation Lab project in Rwanda is examining how access to the FtMA program affects agricultural output, total yields, and sales as well as farmers’ investments in productivity-enhancing inputs such as seeds, fertilizer, and increases in land holdings.

After the harvests in 2022 and 2023, researchers are conducting in-person surveys with the leadership of all sampled cooperatives and with a subset of farmers from these cooperatives to collect data on land holdings, hired labor, crop yields, crop sales, crop choice and agricultural income. Researchers are also collecting data from the WFP FtMA team to understand the timing of, quantity and price received by farmers for sales.

Linking farmers to the formal maize value chain through the WFP FtMA program may improve agricultural investment and productivity for several reasons. First, buyers in value chains such as food processors tend to pay higher prices than those offered by local markets because they typically require higher quality standards.

Second, buyers purchase via contracts that guarantee a price for the output before harvest, thereby reducing the risk of price fluctuations for farmers, who can then make investment decisions with more certainty about the returns to these investments.

In response to both higher and guaranteed prices, farmers are likely to decide to expand their land holdings or invest more in yield-increasing inputs like chemical fertilizer or improved seeds during the planting and harvesting season, which could improve productivity and raise income.

The project also relates to gender as an important cross-cutting issue. According to the Rwanda Integrated Household Living Conditions Survey 4 (EICV4) by the National Institute of Statistics of Rwanda, 70 percent of female-headed households in Rwanda depend on agriculture as their primary source of livelihood. More than half cultivate a plot of less than 0.3 ha compared to 40 percent for men, and only 25 percent use fertilizer compared to 40 percent for men. Measuring impacts separately for men and women will provide important insights into the gender-related impacts of linking farmers’ groups to value chains.