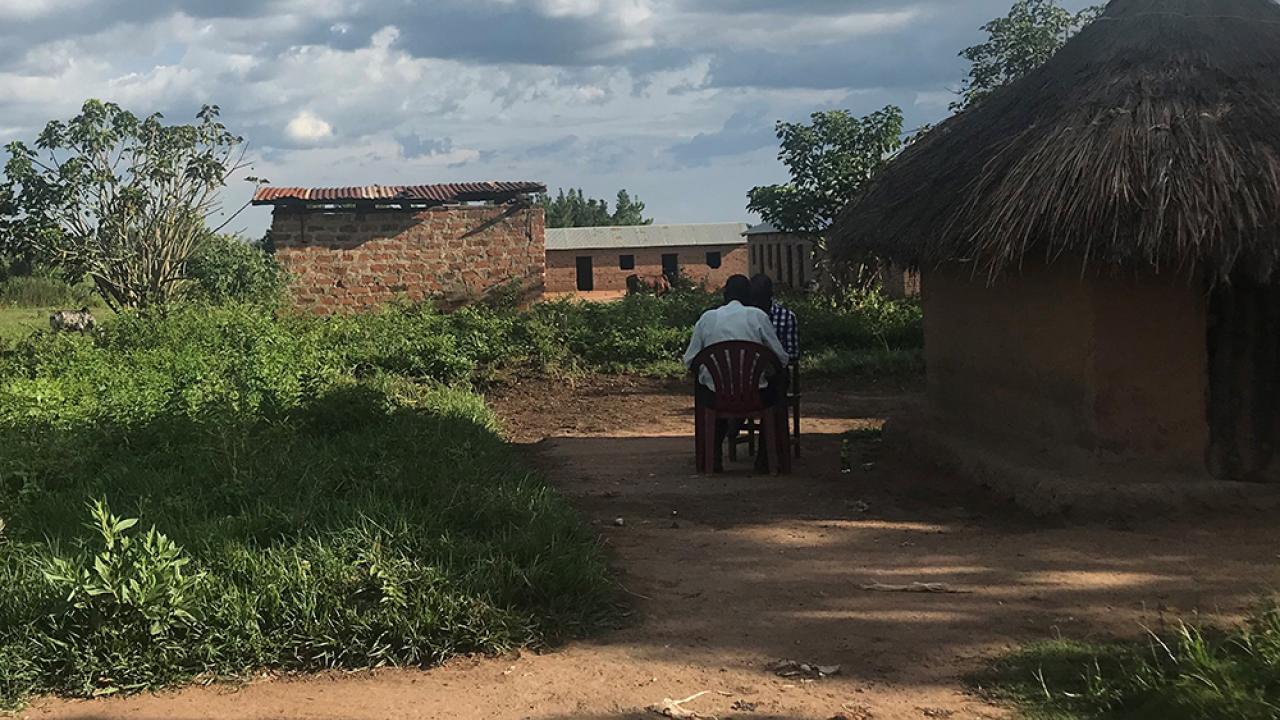 Recent studies suggest that Uganda’s seed systems supply farmers with low-quality seeds, undermining their productivity and resilience. An MRR Innovation Lab research team is conducting the first comprehensive, nationally-representative and rigorous study of the genetic integrity of the maize and bean seed systems in Uganda. The team is leveraging recent advances in DNA fingerprinting to test maize and bean seeds from across supply chains to identify leaks responsible for low-quality seeds reaching farms. The results will provide directed policy to enhance seed system resilience in Uganda.

Seeds are at the foundation of food security for small-scale farmers in developing countries. In Uganda there is evidence that seed system failures are letting through low-quality seeds, compromising farmers’ productivity and resilience.

This is particularly critical for maize and beans, cornerstone crops in Uganda. The maize seed system is shaped by a unique mix of public- and private-sector involvement with a relatively high degree of concentration. There is widespread concern about outright counterfeiting, as quality standards are not enforced. The bean seed system is more informal, and the informal bean seed system has no written rules and regulations.

There could be many reasons why low-quality seeds reach farmers. Studies examining seed counterfeiting in Uganda have sampled material from seed companies to check on adulteration at lower levels in the seed supply chain but have not assessed the highest levels in the seed system. Without evidence on exactly where the problems lie, policy responses are unlikely to succeed.

An MRR Innovation Lab research team is conducting a comprehensive study of Uganda’s maize and bean seed value chains to identify sources of failures in seed quality. The study is built upon genotyping, which establishes plant material’s true variety and origins with a sample of its DNA. The team is comparing the DNA fingerprints of seeds on individual farms and is following the genetics upstream by sampling seeds at key links in the supply chain all the way to breeders. This approach makes it possible to identify leaks responsible for low productivity, poor disease resistance and low nutritional values.

The study of the maize seed system includes seeds sampled at three broad levels: production, distribution and on-farm. For seed production, the team is sampling at different points after breeder’s seed is available for multiplication. The focus is on identifying any mix-ups in identifying varieties and whether the steps to certified seed introduce impurities.

Seed distribution encompasses the supply chain from seed companies to wholesalers, retailers and agrodealers as well as government-run distribution programs. The team is collecting seeds from wholesalers and retailers through combinations of mystery shopping and declared audit visits from the DCIC.

On-farm sampling is being carried out by SPIA in partnership with the Ugandan Bureau of Statistics (UBOS) and the World Bank Living Standards Measurement Study Integrated Surveys of Agriculture (LSMS-ISA). UBOS is incorporating maize crop-cuts in its forthcoming wave of the Ugandan National Panel Survey (UNPS). Crop cut harvests provide an excellent sample to identify varieties and their genetic sources.

Reference DNA for maize is made up of breeder’s seed obtained through a collaboration with the National Crops Resources Research Institute (NaCRRI) for varieties released by the National Agricultural Research Organization (NARO) and from private sector seed companies via a register held by the Uganda Department of Crop Inspection and Certification (DCIC).

The study of Uganda’s bean supply chain is being conducted at a smaller scale with a focus on bio-fortified bean seed and its nutritional properties. Over the past decade, the ISSD, CIAT via PABRA and NARO have supported the community-based Local Seed Businesses (LSBs) that have contributed to the reach of five newly released “bio-fortified” varieties that contain higher levels of iron and/or zinc.

The team is sampling bean seeds at the same three levels as with maize. For seed production, the team is sampling each seed grade in NARO stock from seed companies and community-based production. For seed distribution, samples come from NGOs, seed companies, agrodealers, local government extension offices and government initiatives such as Operation Wealth Creation. On farm, SPIA is collecting samples from bean producers as part of the 2020 Ugandan National Panel Survey wave, in collaboration with UBOS.

In addition to genotyping, the team is identifying beans that are bio-fortified and testing soil samples from the plots where the beans are cultivated for their micronutrient content. These additional analyses will reveal interactions between bean varieties and local soils to determine the crop’s micronutrient content at scale.

This project could enable significant improvements in the most important seed systems. These improvements could translate directly into household welfare gains through increased agricultural productivity and improved nutrition both on-farm and through local food markets, and greater food security through more remunerative and reliable livelihoods.