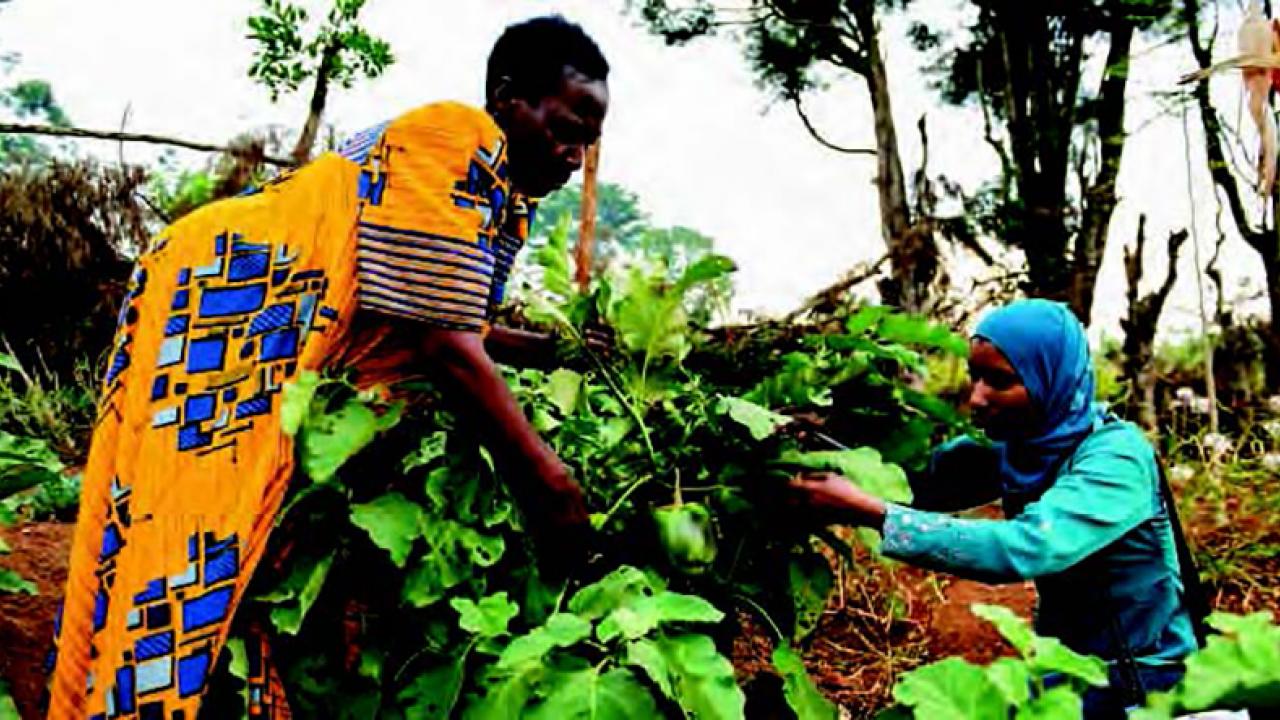 A lot of focus in agricultural development is put on promoting technologies like improved seeds and chemical fertilizer. They can transform food security, but for the poorest small-scale and subsistence farmers—who are often women—the high cost of these inputs keeps them well out of reach.

New Feed the Future AMA Innovation Lab research on a BRAC agricultural extension program for women farmers in Uganda shows that the chance to grow more food doesn’t have to come at a high cost. The program’s sharing of advanced farming skills that are virtually costless through community-based agricultural extension workers significantly increased food security and resilience village-wide.

“We know these are low-cost methods of farming and they are making use of women’s own activities,” says Stephen C. Smith, the study’s principal investigator and a professor of economics and international affairs at The George Washington University.

The results come from a 2008-2013 BRAC program in Uganda that selected and trained poor, smallholder women farmers to conduct agricultural extension services in their villages. One group received training in crop production techniques and passed the learning on to neighbors. A separate group were given support to promote improved inputs, mainly high-yield seeds. By the 2011 survey for this study, the program operated in 41 districts, reaching 63,936 total farmers.

The study found that these impacts were driven by the adoption of improved cultivation methods rather than improved seeds. These advanced farming skills included crop rotation, intercropping and the use of organic fertilizer. All of these improved cultivation methods cost very little but promise much higher yields as well as other benefits like improving soil quality and reducing erosion.

“Lots of development projects are improving the usage of improved seeds or chemical fertilizers but we can actually achieve improved food security with the adoption of relatively costless cultivation methods that are available in most rural settings,” says Yao Pan, a co-investigator on the study and an assistant professor of economics at Aalto University.

The program also made farmers more resilient to shocks. For farmers who had experienced drought, ﬂood, pest attack or other shocks in the six months prior to the 2011 survey—a little over half of all households—those eligible for the program were 8.3 percentage points more likely than ineligible households to reduce consumption and 4.9 percentage points less likely to sell assets. Preserving assets is often what makes it possible to start over the following season.

Focus on Women Makes a Difference

That the BRAC program focuses on women farmers instead of men makes a difference. Smith says that in poor rural areas, development organizations and governments often focus less on women than on men who farm at larger scales.

“This has been a problem for decades,” says Smith. “There’s been so much improvement, but this remains an underserved group. This BRAC program shows there is something you can do.”

In the field, Pan met many of the women farmers that BRAC trained as agricultural extension workers. The women trained in cultivation especially became role models for their neighbors because they also had support to set up model farms.

“The program helped them to become motivated as role models,” says Pan. “They felt prestige in their own positions.”

Pan says that while adopting improved inputs is important, for farmers who cannot afford them, often women, it might be better to start with training in basic cultivation. This stepped approach could help the poorest farmers to increase their income to the point that they can afford more expensive and more productive inputs.

“The adoption of basic cultivation techniques is important especially for marginalized people,” says Pan. “Even with these low cost changes we can improve food security substantially.” 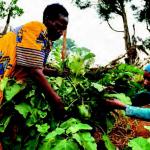 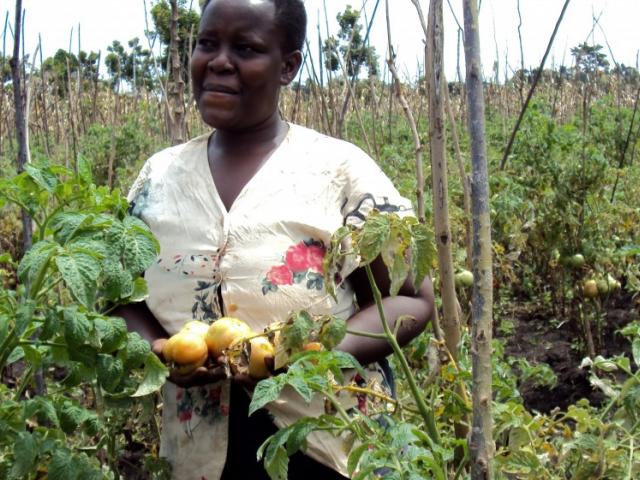