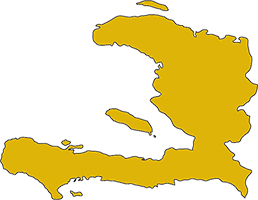 Agriculture serves as the primary source of income in Haiti's rural areas. However, as Haiti’s population grows, the annual demand for food is exceeding local food production. Many Haitians struggle with getting enough food and nutrients every day due to high levels of endemic poverty.

Environmental degradation in Haiti is closely linked to the country’s food insecurity. More than half of all land in Haiti is steeply sloped, and approximately 85 percent of the country’s watersheds are degraded, causing frequent flooding, erosion, reduced availability of groundwater for irrigation in the fertile plains and depletion of the basic soil nutrients required for increased food production.

Haiti and its small farm households are also vulnerable to the island country’s frequent climate shocks. Haiti’s farmers have recently grappled with long-running and severe drought conditions with 2015 being the driest year in 35 years, while 2014 being the second driest. 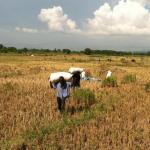 Household-level Impacts of System of Rice Intensification (SRI) in Haiti

This RCT will test the household-level impacts of SRI, the effect of coordinated SRI adoption these impacts and the mechanisms behind these coordination effects. 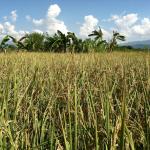 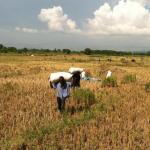 Policy Brief: Putting the System of Rice Intensification to the Test Among Haitian Farmers