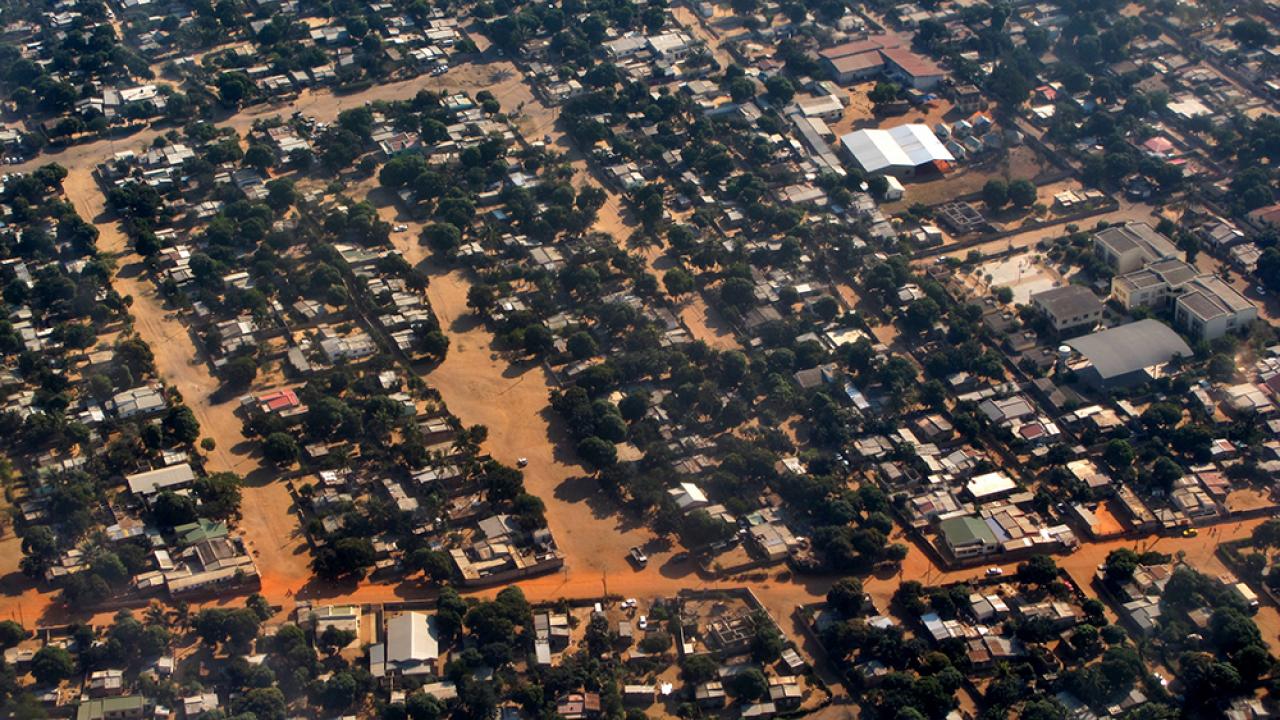 How NDVI Transformed Insurance as a Tool to Build Resilience

In 1972 NASA launched Landsat 1, the first satellite dedicated to monitoring the Earth’s surface. By that time, agricultural index insurance had existed at least as an idea for sixty years but it would be pictures of Earth’s “greenness” first taken by Landsat 1 that would transform agricultural index insurance into a valuable tool for development.

Earth observation satellites are a cornerstone of a type of agricultural insurance that has reached even the most remote rural communities. These same communities also face the most extreme environmental risks. Today, researchers are using the newest generations of satellite and Earth observation technologies to improve this financial tool for agricultural development—and those improvements are accelerating.

“Advances in remote sensing and crop modeling of plant health have significantly improved the our ability to use index insurance to protect and promote the most vulnerable families,” said Michael Carter, UC Davis economist and director of the Feed the Future Innovation Lab for Markets, Risk & Resilience.

A Measure of Reflected Light and the Challenge of Risk

As the earliest Earth observation satellites orbited the Earth, their imaging instruments recorded wavelengths of infrared light reflected by vegetation on the ground. In the 1970s, a research team based at Texas A&M university sought to map regional vegetation across the growing season using data from Landsat 1. For every square piece of land—a pixel—they processed wavelengths of reflected light into a Normalized Difference Vegetation Index (NDVI) that provided a close approximation of plant cover and health.

In January of 1985, the cover of Science had an image of Africa taken from Landsat 1 and processed using NDVI. That year, USAID formed the Famine Early Warning Systems Network (FEWS NET), which used NDVI data to provide an early drought warning to accelerate the humanitarian response to famine.

By the early 2000s, economists were finding that drought was a prominent factor in persistent poverty. Carter and Cornell University economist Christopher Barrett were developing a model of poverty traps in developing economies based on observations that in areas prone to extreme environmental risks, the disasters themselves caused poverty, but people would protect themselves from catastrophes in ways that kept them poor.

“The risk of environmental disasters like drought makes people poor and it also keeps them poor,” said Carter. “It changes how people make decisions about productivity because they can’t afford to take risks on more productive but also more expensive inputs because it may put them in the worst position in the event of a disaster.”

Carter and Barrett thought that if there was a way to transfer risk away from families facing extreme drought or flood, maybe there would be other benefits that accelerated a family’s pathway upward. Insurance could work this way, but in the early 2000s crop and livestock insurance largely did not exist for small-scale farmers in developing economies.

Index insurance was first proposed in 1920 by Indian economist J.S. Chakravarti. Index insurance avoids the cost of verifying losses by basing payouts on an easy-to-measure index of factors, such as weather or average yields, that predict individual losses. The result is insurance at a lower cost, but its quality depends entirely on how well an index can predict actual losses on the ground.

By 2007, experimentation with index insurance interventions was rapidly expanding with a number of different sources of data that could be used to estimate losses. That year, Carter and Barrett co-authored a paper that outlined some of the limitations and opportunities of index-based insurance. The primary of these was “basis risk,” meaning the chance that a contract fails to pay accurately for losses.

In 2009, Carter and Barrett thought they might be able to build better contracts with NDVI and got to work building a team that would develop livestock insurance for pastoralists in northern Kenya using NDVI. They built the index using Kenya government data on livestock mortality and NDVI data from the US National Oceanic and Atmospheric Administration (NOAA) satellite taken every ten days dating back to 1981.

International Livestock Research Institute (ILRI) economist Andrew Mude launched the Index-based Livestock Insurance Program from ILRI in 2010. It was not the first index-based livestock insurance intervention, but it was the first to use NDVI. In 2013 IBLI’s success had led to its adoption by the Government of Kenya for the Kenya Livestock Insurance Program (KLIP). Since then, KLIP has reached millions of pastoralist families who experienced severe drought.

For his success developing IBLI and scaling it in the field, Mude received the 2016 World Food Prize. That year, Carter, Mude and Barrett were also awarded the 2016 BIFAD Award for Scientific Excellence in a Feed the Future Innovation Lab for a body of research with IBLI as the flagship project.

The Impacts of Effective Index Insurance

“The IBLI example showed that insurance can keep families from falling into persistent poverty,” said Carter. “Another development opportunity comes from how farmers boost their investments in productivity when they know they are protected.”

Carter has continued to test index insurance as a tool for development around the world. One project that paired index insurance with contract farming in Burkina Faso increased sesame cultivation among insured households by 17.3 percentage points compared to non-insured households. In Mali, an identical project forced to end early after a coup d’état in 2012 still increased cotton planting worth 6.25 times the cost of the insurance at harvest.

The Future of Earth Observations and Risk Management

Satellite imaging technology today works largely the same way as it did for Landsat 1. However, recent advances in satellite technology, computer modeling and Earth observation have increased opportunities to improve the quality of index insurance products.

Today, Carter consults extensively with experts from a whole field of research that seeks to connect what we can see remotely—by satellite or otherwise—and what we have in front of us that’s hard to measure, like how much maize is in a field of any size.

“We’ve gone from multiple kilometer grids to much finer resolution,” said Elinor Benami, a spatial scientist and post-doctoral scholar at UC Davis. “The question is, how do we use these different technologies to have an impact on human outcomes?”

Benami said that Earth observation itself has changed a lot even over the past decade. Some of the change comes from new sensors and satellites. For example, since 2014 the European Space Agency has launched six of its SENTINEL satellites all for Earth observation. The finer resolution of their measurements increases their predictive power.

NDVI is now only one of many measurements that scientists can use to predict crop and livestock health. In Tanzania, Carter is using the Enhanced Vegetation Index (EVI), a second-generation improvement of NDVI. Another option for future projects is the Fraction of Photosynthetically Active Radiation (FPAR), which measures how much light is absorbed by plants. There are many others.

Advancements in crop modeling have added another layer of precision to predicting crop yields with satellite data. Crop modeling uses statistical tools and knowledge of plant development to put those numbers recorded from the sky into context. For example, if we know when maize kernels fill in along a young cob and how much water is required, then we can use crop modeling to tell us exactly when a lack of rain will wreck a crop.

“Emergency aid helps people survive, but in general it doesn’t change poverty dynamics,” said Carter. “If we can use this combination of satellite and financial technologies to help people get above and to stay above poverty, we will most likely help them avoid the need for emergency aid.”