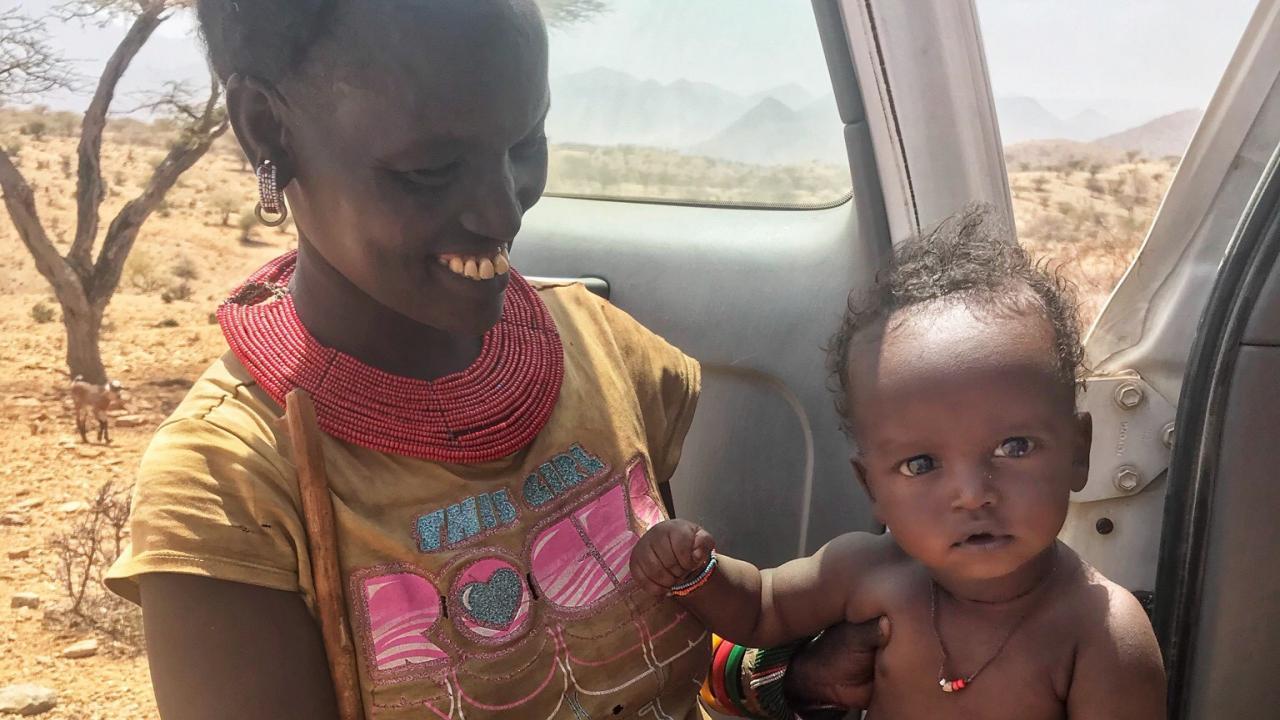 While poverty overall has declined in the last few decades, extreme poverty has become more concentrated in Sub-Saharan Africa. During this time, research has built a wealth of new knowledge about the conditions that keep some households in poverty, and the long-term negative consequences of climate-related shocks like droughts and floods.

This body of research shows that the underlying processes are inherently dynamic, highly variable and complex. For every nation to achieve self-reliance and resilience with an end to the need for foreign aid, it is essential to invest in programs that effectively address all root mechanisms that cause poverty to persist.

Global progress on poverty in just one generation has been nothing short of remarkable. The most recent estimates for 2013[1] report that 766 million people worldwide, just under 11 percent of the global population, live in extreme poverty, defined as living on less than US $1.90 per day.[2]  This is a dramatic decline from 1993, when the comparable rate was 33 percent.

However, that progress has also been highly uneven. Ultra-poverty, defined as living on half or less of extreme poverty, has become concentrated in Sub-Saharan Africa where more than 83 percent of the world’s ultra-poor now live. That number is up from just 33 percent in 1993.

The depth, persistence and concentration of extreme and ultra-poverty raise the prospect of poverty traps, a circumstance in which deprivation manifests through a host of mutually reinforcing forms of human suffering, typically for life, sometimes for generations. In recent years, economists have evolved a theory of poverty traps in ways that have changed how we think about creating opportunity for those in desperate need, suggesting new directions that could indeed lead us to the global end of poverty. 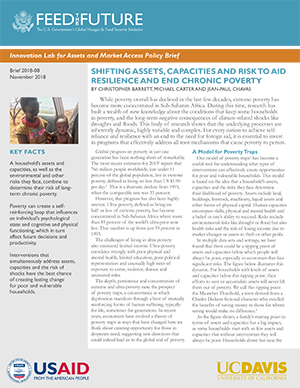 A Model for Poverty Traps

Our model of poverty traps[3] has become a useful tool for understanding what types of interventions can effectively create opportunities for poor and vulnerable households. This model is based on the idea that a household’s assets, capacities and the risks they face determine their likelihood of poverty. Assets include land, buildings, livestock, machinery, liquid assets and other forms of physical capital. Human capacities encompass skills, physical and mental health and a belief in one’s ability to succeed. Risks include environmental risks like drought or flood but also health risks and the risk of losing income due to market changes or assets to theft or other perils.

In multiple data sets and settings, we have found that there could be a tipping point of assets and capacities below which people will always be poor, especially in economies that face significant risks. The figure below illustrates this dynamic. For households with levels of assets and capacities below this tipping point, their efforts to save or accumulate assets will never lift them out of poverty. We call this tipping point the Micawber Threshold, a term derived from a Charles Dickens fictional character who extolled the benefits of saving money to those for whom saving would make no difference.[4] 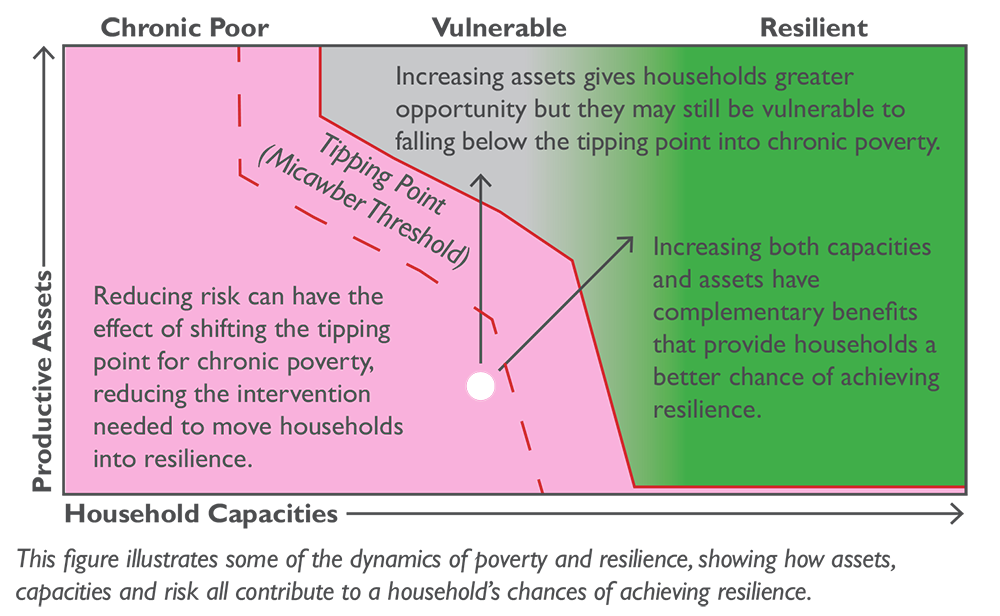 As the figure shows, a family’s starting point in terms of assets and capacities has a big impact, as some households start with so few assets and capacities that without intervention they will always be poor. Households above but near the Micawber threshold are often one shock away from falling into chronic poverty. Reducing risk is one way of shifting the tipping point, which reduces the intervention needed to help them escape chronic poverty and possibly even achieve resilience.

Recent research in behavioral economics has greatly expanded our understanding of human capacities. For example, a household’s high aspirations may drive greater effort and investment that lead to self-fulfilling expectations for a better life. In the same way, stress, depression or a deterioration in physical health can affect cognitive function, resulting in hardship that reinforces stress and depression.[5] This kind of self-reinforcing loop means that the experience of poverty itself can influence an individual’s psychological state and cognitive and physical functioning, which in turn affect future decisions and productivity.

The decisions households make in the wake of a serious shock can have long-term consequences. Choosing to sell off assets in order to maintain consumption might keep the family fed but at the cost of next year’s opportunities to grow food, prolonging hardship. Choosing instead to protect assets by reducing consumption might preserve a family’s opportunity but at the cost of the family’s health and physical abilities and even their children’s growth and development. Reducing consumption also reduces the returns from a family’s efforts in both the short- and long-term.

Effective policy to reduce poverty requires multi-dimensional thinking. Responses to only one among the financial, human, natural, physical and social capital that that could help a family lift themselves out of poverty might miss the root causes of persistent, extreme poverty in a complex, real-world setting.

Simultaneously addressing assets, capacities and the risk of shocks will have the best chance of creating lasting change for poor and vulnerable households. The AMA Innovation Lab recently launched a randomized controlled trial (RCT) in northern Kenya to measure the impact of a program that addresses all three of these factors in an effort to boost long-term resilience among women pastoralists.

This project is an exciting step forward because it effectively addresses all three of the main causes of persistent rural poverty in developing economies. However, this single project is only a start. We must continue to find new ways to addressing the integrated challenges facing the world’s poorest populations today and to design, target and evaluate the most effective interventions.

Chris Barrett is the Stephen B. and Janice G. Ashley Professor of Applied Economics and Management at Cornell University.

Michael Carter is the director of the AMA Innovation Lab and a professor of agricultural and resource economics at UC Davis.

Jean-Paul Chavas is the Anderson-Bascom Professor of agricultural and applied economics at the University of Wisconsin-Madison.

[1] These and other figures are available through the World Bank’s Povcalnet data portal: http://iresearch.worldbank.org/PovcalNet/home.aspx.

[3] Carter, Michael et al. 2006. “The economics of poverty traps and persistent poverty: An asset-based approach.” The Journal of Development Studies.

Promoting Recovery and Resilience During Conflict in Colombia