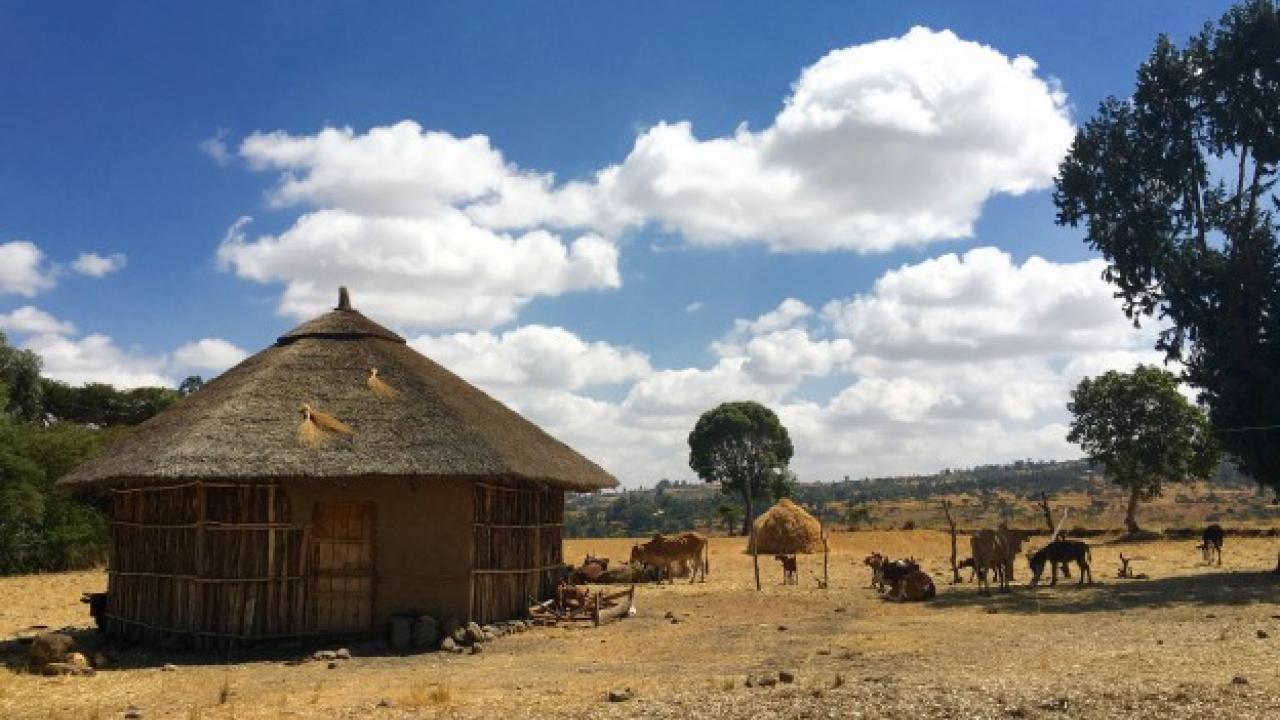 Drought decimated Huka Bidu’s herd, leaving his family struggling to survive. When Index-based livestock insurance (IBLI) was offered in his southern Ethiopian village, this determined pastoralist purchased a policy in the hopes that the next time drought struck, he would not have to begin from nothing, with nothing yet again. In 2014, Huka Bidu received the first payout on his insurance policy and with this money he was able to restock his herd and successfully stabilize his family’s income.

Pastoralists across southern Ethiopia and northern Kenya are similarly benefiting from IBLI contracts. In a series of connected studies conducted by AMA Innovation Lab-supported researchers, contracts were offered to test whether index insurance policies could create a safety net to protect pastoralists against catastrophic drought shocks. The results, while complex, offer an encouraging picture of the role index insurance could play in securing the livelihoods of these at risk communities.

Research results show that insurance policy payouts smoothed drought and the resulting livestock mortality shocks allowing those who bought policies to reinvest through vet expenditures and save through milk income. During a recent drought, over a third of the insured herders were less likely to engage in distress sales of cattle and there was a 25% decrease in family meal reductions compared to uninsured households. Ultimately, real well-being gains were delivered through the implementation of these IBLI projects creating opportunities for increased food security and resilient market behaviors.

At the dissemination workshop co-funded by the Feed the Future Innovation Lab for Assets and Market Access (AMA Innovation Lab) and the International Food Policy Research Institute (IFPRI) held in December 2015 in Addis Ababa, Ethiopia, over 50 researchers, government officials, private sectors business representatives, and international policy groups all joined together to report on and discuss this promising tool.

The purpose of this one-day workshop was to:

Agriculture and livestock are the key sources of income for most rural households in Ethiopia. Increasing the productivity of these activities is crucial to rural poverty reduction.

For agricultural households, intensifying yields is the most effective way to enhance productivity due to scarcity of viable agricultural land. However, the take-up rate of fertilizer and improved seeds in Ethiopia is still low. One major reason for this reduced input use is the high production and income risks faced by farmers mainly due to environmental factors. Similarly, pastoralist households may be reluctant to invest in improved breeds for fear of drought risk that can decimate herds.

Policies and products that help the farmers and pastoralists mitigate or manage these risks should contribute towards increasing productivity. One way to address un-hedged risk is through the use of insurance, such as weather or forage index insurance. If this kind of insurance protection can reliably unlock demand for risky but productivity-enhancing investments, then it holds real promise to bring improvements in income for poor and risk-prone agricultural communities.

Index insurance has been increasingly considered a cost-effective, scalable method to address persistent poverty traps in agricultural and pastoral communities. A variety of efforts introducing index insurance in Ethiopia have been implemented in the past few years. Several of these projects are particularly promising, implementing innovative interventions and products worthy of closer examination. While the research results from these projects presented at the workshop give credence to this hopeful outlook, the most informative lessons to emerge out of the workshop were those addressing the issues that still must be tackled before different types of index insurance can be responsibly scaled in Ethiopia and elsewhere.

Ethiopia-specific conditions shaped several key issues, but the lessons learned can be applied more broadly. As a region with an established national and international aid program in place, one pressing worry that emerged from conference discussion was how to resolve the possible conflict between index insurance projects and cash transfer schemes. Government agencies are concerned with their return on investment of limited funds and how best to serve the population within a given budget.

There is evidence from the IBLI experiments that while government subsidies of index insurance cost about the same as cash transfer programs, the marginal costs of the insurance programs end up being lower. Other research suggests that government support of insurance products, as part of an integrated safety net program, will produce long term positive results not only among the most impoverished, but also among those right on the cusp, preventing further backsliding.

Another Project examined the blending of index insurance with existing community risk-sharing mechanisms to investigate whether intentionally combining informal risk-sharing groups with insurance products provides more robust financial protections for those in need. From this study, it was discovered that selling insurance through the community groups did increase the sharing of risk but only when a communal insurance account was mandated. Demand for formal insurance did increase as much as 29%, and formal insurance, once purchased, boosted the risk-taking adoption of modern inputs, particularly the use of chemical fertilizers.

Index insurance becomes a complement to informal risk-sharing (in Ethiopia, for example, through iddirs, local voluntary associations that provide mutual aid primarily for burial matters but also for other community concerns) where demand for index insurance can be higher among group members because of reduced transaction costs and improved trust. Informal risk-sharing arrangements such as iddirs can serve as sustainable retail outlets for index insurance. By meshing these informal and formal risk-management tools, the resilience of farmers, in the face of external shocks, is enhanced.

Access to credit was another important risk-layering issue that stakeholders discussed at the workshop. A lack of access to credit has been identified as a major prohibiting factor in the ability of smallholder farmers and pastoralists to adopt improved technologies to boost productivity, a crucial aspect to achieving food security. Local banks are often hesitant to lend money to farmers because of high default rates.

Another project investigated the model of interlinking index insurance products with credit availability thereby reducing the risk faced by the banks, which would then encourage lending to farmers. By using the insurance policy as collateral, banks should be more willing to approve farmer loans. While the idea of increasing access to credit, providing a way out for farmers trapped in a low-investment equilibrium is very promising, as discussed at the workshop, the reality of implementing such system is much more difficult. Signaled out as a key obstruction was the absence of a “prime-mover” to help coordinate the collaboration and commitment between the various private and public partners.

The most important lesson, the issue that threaded itself though all of the presentations and discussions, was the essential need for a robust public/private partnership to be established if any index insurance interventions are to be scaled to create real impact. The resounding common consensus that emerged out of the workshop was that government involvement is crucial. As many of the research presentations from the workshop highlighted, the private commercial agriculture sector is a good place to start when thinking about ways to ease the constraints and financial risks that farmers face daily, but to successfully scale index insurance programs will require the leadership and targeted support from each country’s central government.

Government support could take many forms: policy and institution infrastructure, regulatory oversight, and temporary subsidies, among many. The recommendation was that government should approach index insurance as one tool in a whole box of instruments used to help bring the poor up out of poverty.

Is index insurance a viable method to interrupt the cycle of poverty in agricultural and pastoral areas of developing countries? The answer is a fairly resounding yes, but only if embarked upon thoughtfully and with direct support of government agencies.

I4 events
Sign Up for MRR Innovation Lab Updates