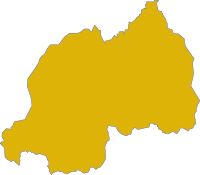 Agriculture is extremely important to the Rwandan economy. Over 90 percent of households practice some form of crop cultivation while the sector serves as the principal source of employment for nearly 80 percent of the labor force and accounts for about a third of GDP. However, these same figures also demonstrate that agricultural productivity is extremely low. Indeed, almost 90 percent of the labor force that makes its living from agriculture is classified as subsistence farmers, and over 60 percent falls below the poverty line.

The Government of Rwanda (GOR) has demonstrated substantial commitment to addressing these challenges and took numerous actions consistent with the Feed the Future food security initiative. Rwanda was the first country to sign a Comprehensive Africa Agricultural Development Program (CAADP) compact, committing itself to taking actions to generate sustained agricultural growth of six percent per year, including increasing the share of the state budget allocated to agriculture to 10 percent per year. 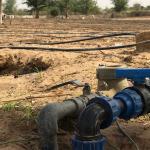 Irrigation, Property Rights and Land Markets for Resilient Growth in Rwanda and Senegal

This MRR Innovation Lab project in Rwanda and Senegal explores how stronger property rights and better functioning land and labor markets can maximize the potential of large-scale irrigation projects to generate agricultural growth and resilience in rural communities. 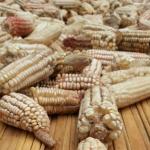 The Value of Linking Farmers to Maize Value Chains in Rwanda

In Rwanda, MRR Innovation Lab researchers are measuring the impacts of connecting maize farmer cooperatives with the innovative processor Kumwe Harvest to provide a stable market for newly harvested maize while increasing the quantity accepted for purchase.
Sign Up for MRR Innovation Lab Updates