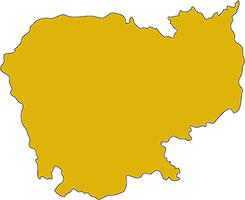 In Cambodia, nearly a fifth of the rural population lives below the national poverty line. Nearly a quarter of all Cambodians are food-deprived. The deteriorating health of young children signals an urgent need to strengthen food security and improve nutrition.

According to the World Bank, approximately 80 percent of the population in Cambodia lives in rural areas. An estimated 70 percent rely on agriculture, fisheries and forestry for their livelihoods. Cambodia’s underdeveloped agriculture sector has the potential to be a strong engine of growth for the economy.

Strong economic growth since the mid-1990s has helped reduce the proportion of people living in poverty. Child mortality and malnutrition rates have also declined. Notably, the prevalence of stunting among children under 5 years old dropped from 50 percent in 2000 to 32 percent in 2014. 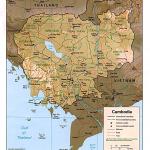 Micro Health Insurance in Rural Cambodia: An Evaluation of the Impact on the Stabilization of Incomes and Enhancement of Agricultural Productivity and Asset Accumulation

This evaluation will provide the first rigorous evidence on the effectiveness of micro-health insurance on the ability of the rural poor to protect their economic well-being and livelihoods while maintaining access to quality healthcare.
Sign Up for MRR Innovation Lab Updates 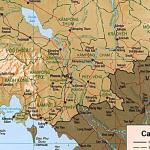