Update: Index Based Livestock Insurance for Pastoralists in Ethiopia 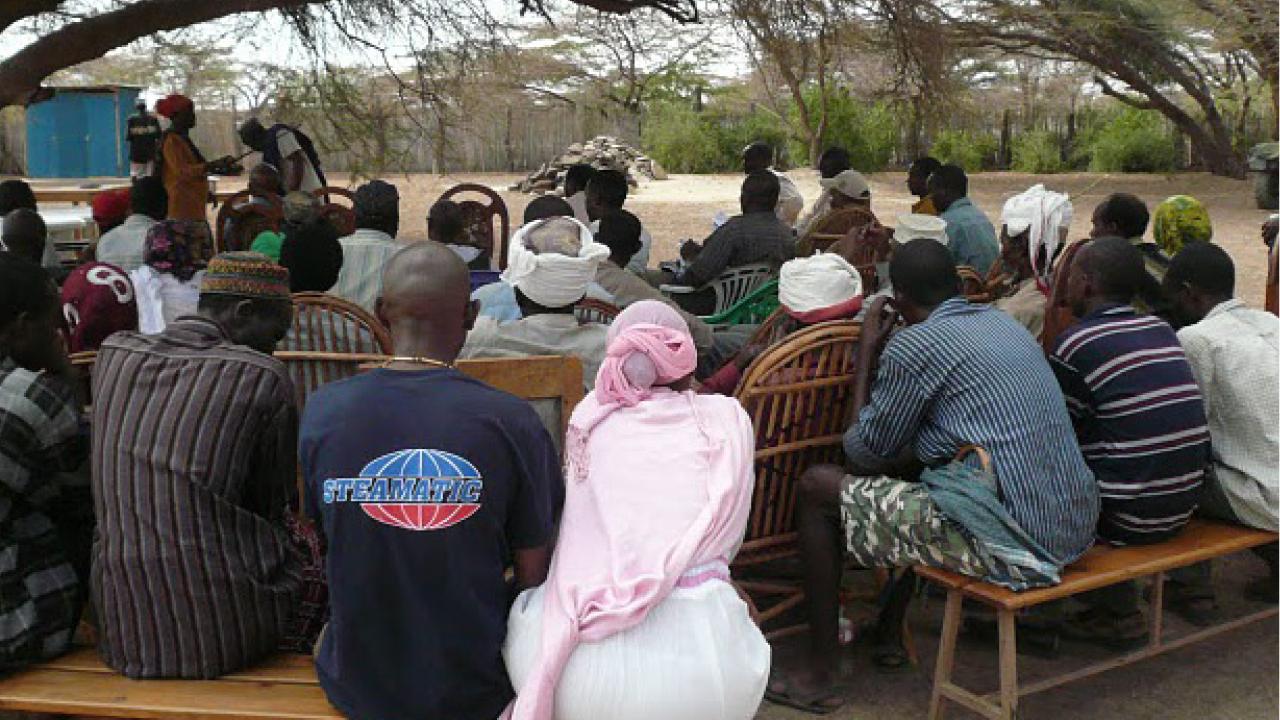 The Borana plateau in southern Ethiopia is a vast arid and semi-arid pastoralist territory. Livestock in this area comprise the majority of household’s non-human capital and are responsible for more than two-thirds of their average income. Major shocks, such as drought, can result in widespread livestock mortality, and create lasting, community-wide poverty. 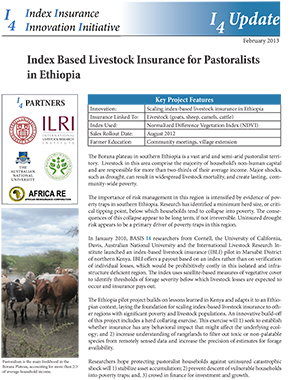 The importance of risk management in this region is intensified by evidence of poverty traps in southern Ethiopia. Research has identified a minimum herd size, or critical tipping point, below which households tend to collapse into poverty. The consequences of this collapse appear to be long term, if not irreversible. Uninsured drought risk appears to be a primary driver of poverty traps in this region.

In January 2010, BASIS I4 researchers from Cornell, the University of California, Davis, Australian National University and the International Livestock Research Institute launched an index-based livestock insurance (IBLI) pilot in Marsabit District of northern Kenya. IBLI offers a payout based on an index rather than on verification of individual losses, which would be prohibitively costly in this isolated and infrastructure deficient region. The index uses satellite-based measures of vegetative cover to identify thresholds of forage severity below which livestock losses are expected to occur and insurance pays out.

The Ethiopia pilot project builds on lessons learned in Kenya and adapts it to an Ethiopian context, laying the foundation for scaling index-based livestock insurance to other regions with significant poverty and livestock populations. An innovative build-off of this project includes a herd collaring exercise. This exercise will 1) seek to establish whether insurance has any behavioral impact that might affect the underlying ecology; and 2) increase understanding of rangelands to filter out toxic or non-palatable species from remotely sensed data and increase the precision of estimates for forage availability.

Lack of knowledge is one of the greatest barriers to insurance sales in Ethiopia. As a result, a key component of selling livestock insurance in Borana includes explaining the IBLI concept to pastoralists, both through community meetings and in the field.

Learning how the product works, however, is not always enough. In areas like the Borana region, it is important that potential clients also know that the insurance actually will pay out as promised if a weather shock occurs. To this end, the IBLI team invited clients from the Marsabit region in northern Kenya, who received an insurance payout from the drought in October 2011, to talk to potential clients in Ethiopia. They agreed and gave compelling testimony about the value of IBLI to their families and communities.

After two years developing the IBLI Ethiopia agenda, the research team designed a suitable IBLI contract for first-year sales. ILRI partnered with Oromia Insurance Company (OIC) for the first commercial sales of the product in Ethiopia in 2012. Unfortunately, the sales rollout suffered from unforseen problems and a number of logistical complications. As a result, first year sales were disappointing. Preliminary data from the first 2013 sales window, however, indicates more than doubling the number of total active contracts sold this round.

Despite interest and commitment, capacity constraints among implementation partners are a major challenge to successful sales. The project team will need to provide heightened support to ensure commercial sustainability beyond the scope of the project. The IBLI team is also working to reduce high human and financial costs of product delivery in the region.

Researchers and partners will implement a second sales window in 2013. They will continue to work with OIC to build their capacity to execute sales. OIC is hopeful that the product will be able to be scaled up in the current region over the approaching couple of marketing campaigns, then in future years elsewhere in Ethiopia.