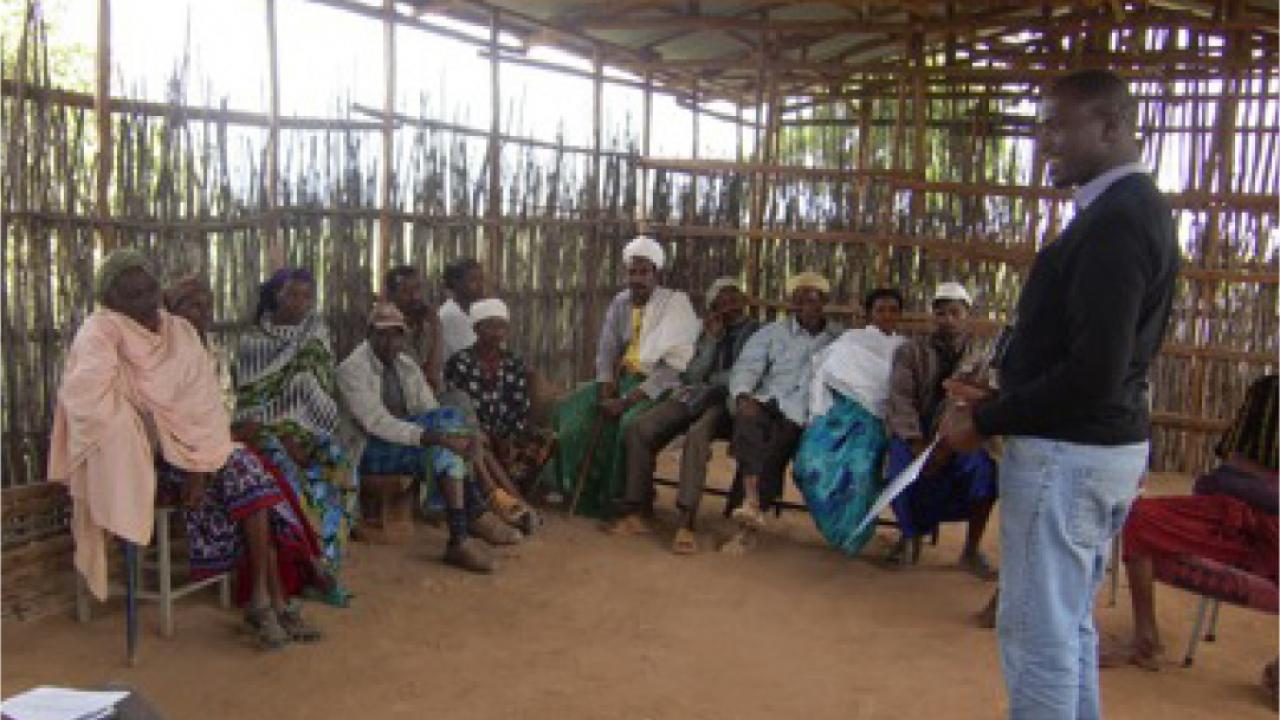 Pastoralist households in the arid and semi-arid areas of northern Kenya are especially vulnerable to the risk posed by climate change. In the face this risk households may avoid risky, but potentially high-return activities in favor of safer strategies. This risk-reduction strategy has the effect of keeping households poorer than they need to be. 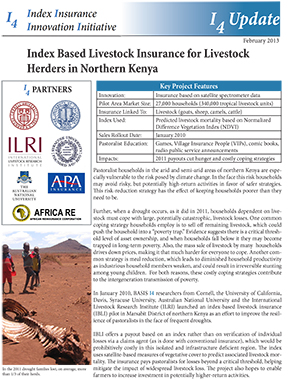 Further, when a drought occurs, as it did in 2011, households dependent on livestock must cope with large, potentially catastrophic, livestock losses. One common coping strategy households employ is to sell off remaining livestock, which could push the household into a “poverty trap.” Evidence suggests there is a critical threshold level of asset ownership, and when households fall below it they may become trapped in long-term poverty.

Also, the mass sale of livestock by many households drives down prices, making it that much harder for everyone to cope. Another common strategy is meal reduction, which leads to diminished household productivity as industrious household members weaken, and could result in irreversible stunting among young children. For both reasons, these costly coping strategies contribute to the intergeneration transmission of poverty.

In January 2010, BASIS I4 researchers from Cornell, the University of California, Davis, Syracuse University, Australian National University and the International Livestock Research Institute (ILRI) launched an index-based livestock insurance (IBLI) pilot in Marsabit District of northern Kenya as an effort to improve the resilience of pastoralists in the face of frequent droughts.

IBLI offers a payout based on an index rather than on verification of individual losses via a claims agent (as is done with conventional insurance), which would be prohibitively costly in this isolated and infrastructure deficient region. The index uses satellite-based measures of vegetative cover to predict associated livestock mortality. The insurance pays pastoralists for losses beyond a critical threshold, helping mitigate the impact of widespread livestock loss. The project also hopes to enable farmers to increase investment in potentially higher-return activities.

Progress: Though the IBLI Kenya insurance product met with buoyant demand in its first year of sales, demand dipped in subsequent years. In 2011, the pilot area suffered a severe drought, and households lost upwards of 30 percent of their livestock (payouts are triggered if the predicted average livestock mortality rate reaches 15 percent). As a result, the project’s first indemnity payments were made in October 2011. This step was essential to building trust in the product, both among policyholders and potential policyholders alike. Again in March 2012, two of the five contract areas triggered and those areas paid out. In the most recent sales window in early 2013, 209 contracts were sold covering 391 tropical livestock units.

Challenges: With livestock in most areas fairly healthy and forage plentiful, many potential clients indicated that they would rather “wait until next season.” This attitude is indicative of an adverse selection problem, something that may need to be considered for the next contract redesign.

Next Steps: Researchers are now working to redesign the contract in response to client feedback, including a reduced contract trigger and revised covered herd value estimation. Also, the team anticipates improvements in information, extension and sales delivery as more partners come on board to provide support.

Publication made possible by support in part from the US Agency for International Development Cooperative Agreement No. AEG-A-00-08-00008-00 through the Assets and Market Access Collaborative Research Support Program. Funding for this project was provided by the United States Agency for International Development. All views, interpretations, recommendations, and conclusions expressed in this paper are those of the authors and not necessarily those of the supporting or cooperating organizations.