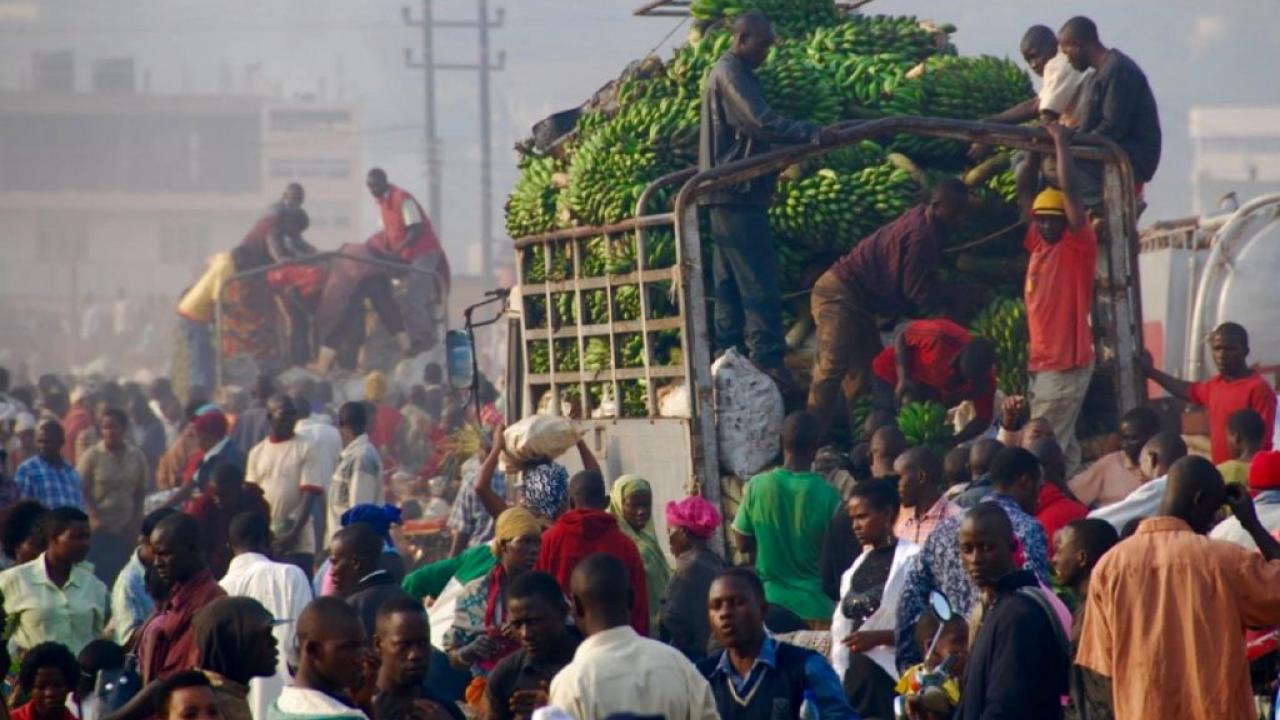 African agricultural markets are characterized by market inefficiencies that can threaten food security. How can development practitioners help make these markets more efficient when barriers such as inability to aggregate yields, contractual risks, and the costs and time constraints associated with matching sellers with buyers stand in the way? 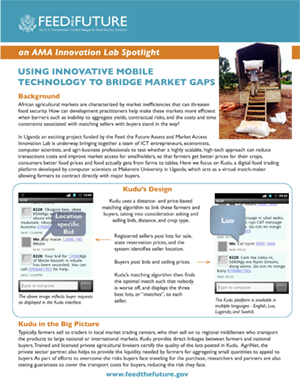 In Uganda an exciting project funded by the Feed the Future Assets and Market Access Innovation Lab is underway, bringing together a team of ICT entrepreneurs, economists, computer scientists, and agri-business professionals to test whether a highly scalable, high-tech approach can reduce transactions costs and improve market access for smallholders, so that farmers get better prices for their crops, consumers better food prices and food actually gets from farms to tables. Here we focus on Kudu, a digital food trading platform developed by computer scientists at Makerere University in Uganda, which acts as a virtual match-maker allowing farmers to contract directly with major buyers.

Kudu in the Big Picture

Typically, farmers sell to traders in local market trading centers, who then sell on to regional middlemen who transport the products to large national or international markets. Kudu provides direct linkages between farmers and national buyers. Trained and licensed private agricultural brokers certify the quality of the lots posted in Kudu. AgriNet, the private sector partner, also helps to provide the liquidity needed by farmers for aggregating small quantities to appeal to buyers. As part of efforts to overcome the risks buyers face traveling for the purchase, researchers and partners are also testing guarantees to cover the transport costs for buyers, reducing the risk they face.

After relatively low uptake in the project’s debut year, the 2016 harvest season experienced increased activity on the Kudu system. From the beginning of January, close to 1800 bids and asks passed through the system with 347 matches taking place.

This increased use over the previous season has been the result of recruitment efforts and call center operations encouraging the posting of asks and bids, and presenting them with attractive ones. The magnitude of this positive effect from direct user engagement was significant compared to the relatively low cost. As a result, the team decided to expand the call center team from three people to nine. In addition, the team is trying first-time buyer bonuses to attract more buyers to the system.

Adjustments to the Platform

Since the start of the project, the Kudu team has moved to a platform that allows for a more interactive relationship with customers as they post data.

Adjustments were also made to the Kudu algorithm to correct mismatches with large distances between buyers and sellers. They have adjusted the algorithm to only match traders if the distance between them was less than 100 kilometers. The number of matches resulting in actual trades increased significantly as a result.

The Kudu platform began to see meaningful volumes of trade in the second year of the intervention. For the third season, researchers and partners hope to make data visualizations available to traders, to identify “buy” and “sell” regions. They also want to improve price discovery using SMS blasts, and to provide Kudu notifications for unmatched buyers and sellers.

The research team will continue to monitor impacts and work toward a mature, scalable technological solution to these common market problems. 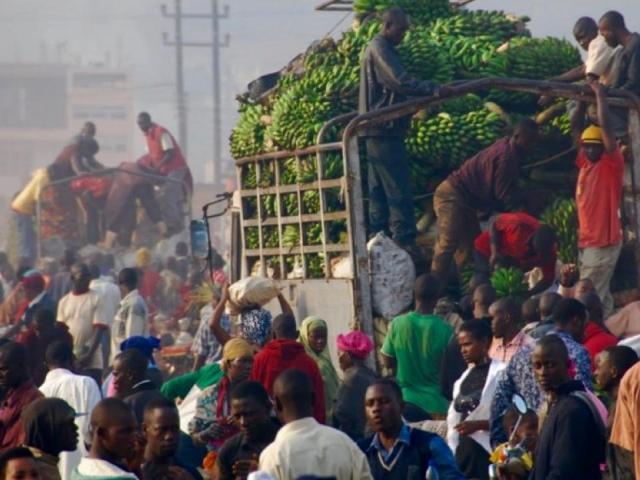