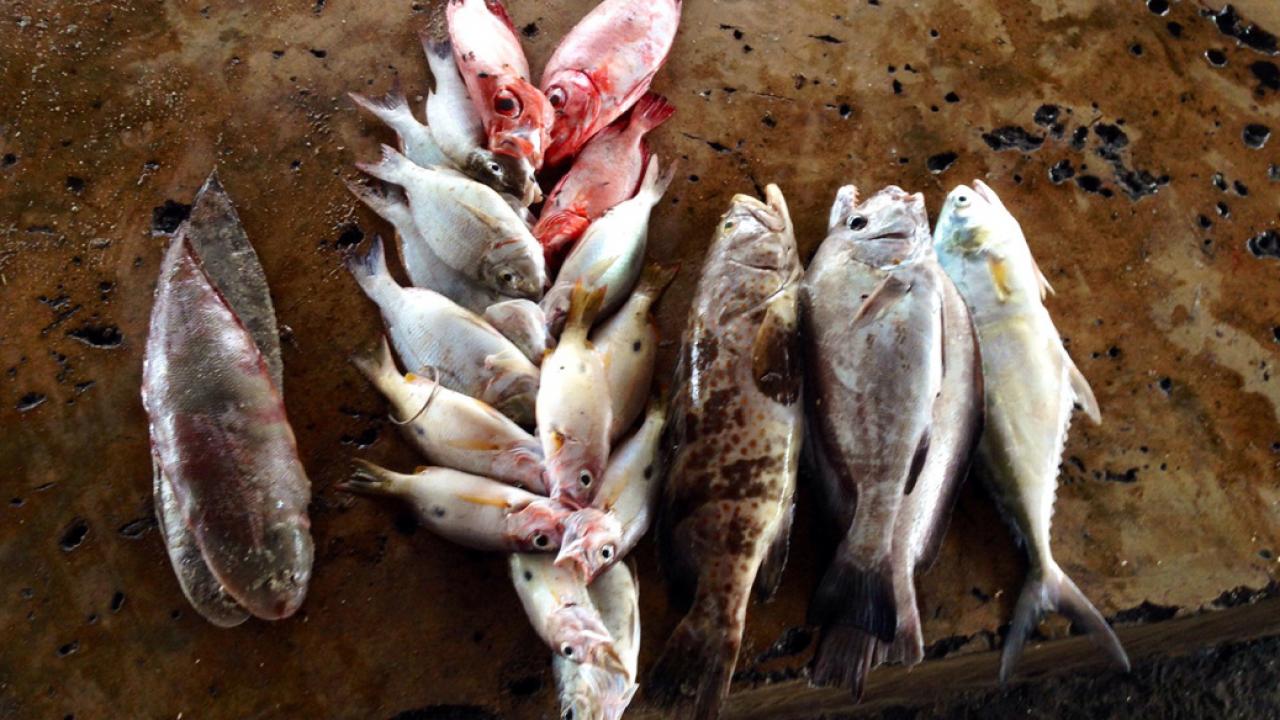 For millions of rural Tanzanians, fisheries provide not only their livelihoods, but are a key source of nutrition. Fisheries, however, differ fundamentally from other agricultural food systems. Because fisheries depend on a common-pool resource, they naturally suffer from a “tragedy of the commons” in which over-exploitation can severely damage or destroy the resource for all. 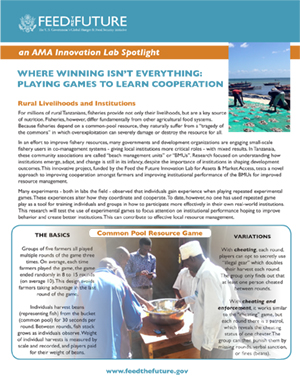 In an effort to improve fishery resources, many governments and development organizations are engaging small-scale fishery users in co-management systems - giving local institutions more critical roles - with mixed results. In Tanzania, these community associations are called “beach management units” or “BMUs”. Research focused on understanding how institutions emerge, adapt, and change is still in its infancy, despite the importance of institutions in shaping development outcomes. This innovative project, funded by the Feed the Future Innovation Lab for Assets & Market Access, tests a novel approach to improving cooperation amongst farmers and improving institutional performance of the BMUs for improved resource management.

Many experiments - both in labs the field - observed that individuals gain experience when playing repeated experimental games. These experiences alter how they coordinate and cooperate. To date, however, no one has used repeated game play as a tool for training individuals and groups in how to participate more effectively in their own real-world institutions. This research will test the use of experimental games to focus attention on institutional performance hoping to improve behavior and create better institutions. This can contribute to effective local resource management.

What Did Researchers Measure?

During the games, researchers recorded harvest decisions for each of the games (average of 10 rounds, three cycles per game). They measured roundspecific decisions to cheat, and whether players were caught by “patrol."

Researchers also measured farmer learning and knowledge, including attitudes about fish catches, overfishing, externalities, limiting access to the fishery, illegal gear, etc. Preliminary analysis finds evidence that the experience of playing the games increases knowledge and cooperative attitudes related to fisheries. For example, playing the game causes a 16.5% increase in the number of fishermen who say they would report illegal gear use to the authorities (as compared to those in the control group).

What Did Researchers Observe?

The games were typically played next to the offices of the BMU, which is often right next to the beach landing site, drawing a lot of curiosity about what was going on. The game was received with humor and interest. Sometimes fisherman would tease the ones next to them, or laugh when a fisherman spilled some of their “harvested” beans, joking that sometimes fish got away.

Researchers felt that the most interesting part of the games were the fisherman’s discussions of the game, both during and after playing. The in-game discussions were telling because the fisherman would try to create verbal agreements for cooperation, but one person would keep harvesting after the agreed upon stop, then everyone would dive back in to extract as much as they could. The playful argument that ensued led to farmers re-commiting to the original strategy.

In this way, researchers could observe them using the game to calibrate social goals and individual effort, testing out approaches, violating rules or agreements, and trying again. Based on survey data, this is how many people deal with real world deviations from the rules.

Post-game conversation saw fisherman make big connections to the real world, noting things like the impact of illegal gear in damaging their resources. These anecdotes were exciting for researchers to hear, giving hope that these experiential lessons could be integrated into lasting perspectives and - perhaps - behaviors.

Researchers are trying to learn whether playing games can effect learning and behavior, and perhaps be a first step to improving the functioning of these institutions. But the larger goal is to not only learn the impact of games, but to truly improve institutional performance, in this case the management units that oversee fisheries.

The research team is hoping to find compelling evidence on the use of games for learning in order to apply it to a larger project dedicated to improving institutional performance in the future. 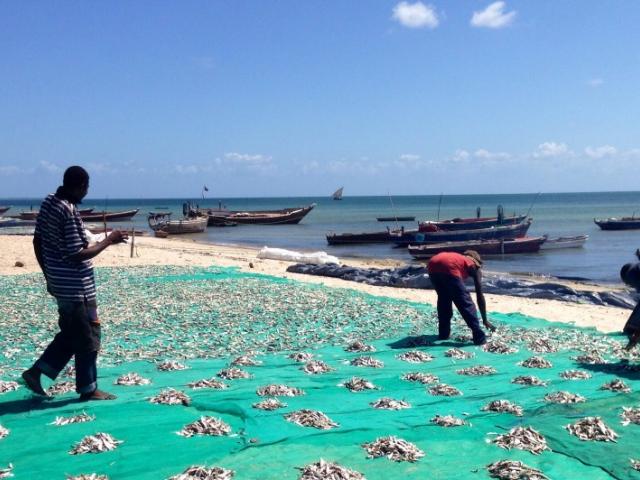