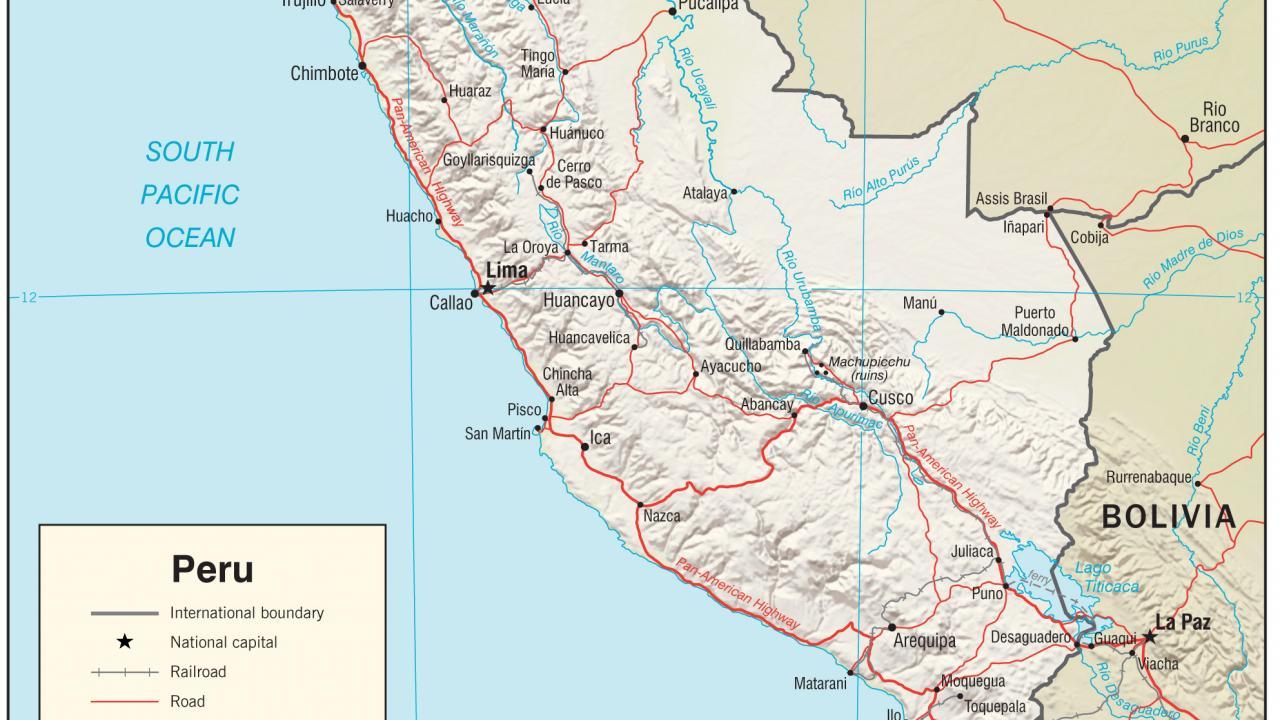 Since the 1990s, financial liberalization, closure of the Banco Agrario, and emergence of regional microfinance intermediaries have changed the nature of rural finance supply in Peru. A land titling program and the state’s withdrawal from key agricultural areas also profoundly impacted farmers and their financial demands. 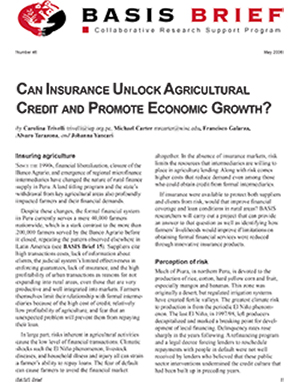 Despite these changes, the formal financial system in Peru currently serves a mere 40,000 farmers nationwide, which is a stark contrast to the more than 200,000 farmers served by the Banco Agrario before it closed, repeating the pattern observed elsewhere in Latin America (see BASIS Brief 15). Suppliers cite high transactions costs, lack of information about clients, the judicial system’s limited effectiveness in enforcing guarantees, lack of insurance, and the high profitability of urban transactions as reasons for not expanding into rural areas, even those that are very productive and well integrated into markets. Farmers themselves limit their relationship with formal intermediaries because of the high cost of credit, relatively low profitability of agriculture, and fear that an unexpected problem will prevent them from repaying their loan.

In large part, risks inherent in agricultural activities cause the low level of financial transactions. Climatic shocks such the El Niño phenomenon, livestock diseases, and household illness and injury all can strain a farmer’s ability to repay loans. The fear of default can cause farmers to avoid the financial market altogether. In the absence of insurance markets, risk limits the resources that intermediaries are willing to place in agriculture lending. Along with risk comes higher costs that reduce demand even among those who could obtain credit from formal intermediaries.

If insurance were available to protect both suppliers and clients from risk, would that improve financial coverage and loan conditions in rural areas? BASIS researchers will carry out a project that can provide an answer to that question as well as identifying how farmers’ livelihoods would improve if limitations on obtaining formal financial services were reduced through innovative insurance products.

Much of Piura, in northern Peru, is devoted to the production of rice, cotton, hard yellow corn and fruit, especially mangos and bananas. This zone was originally a desert, but regulated irrigation systems have created fertile valleys. The greatest climate risk to production is from the periodic El Niño phenomenon. The last El Niño, in 1997/98, left producers decapitalized and marked a breaking point for development of local financing. Delinquency rates rose sharply in the years following. A refinancing program and a legal decree forcing lenders to reschedule repayments with people in default were not well received by lenders who believed that these public sector interventions undermined the credit culture that had been built up in preceding years.

In Piura, formal intermediaries serve slightly more than 5,000 farmers with loans totaling more than US$20 million. Banks lend to large producers and have higher past-due rates, while MFIs serve smaller clients and have lower delinquency rates (4.1%). Despite good results in lending, most MFIs are reducing agriculture credit as a percentage of their total portfolios. In our 2005 interview with lenders, they indicate that three systemic risks associated with agriculture serve as a disincentive to operate in that sector. The possibility of climatic shock is the main risk for farmers in the valley. Public-sector intervention through debt-refinancing programs is considered a latent risk. Finally, the volatility of crop prices is a constant market risk that can affect repayment.

Risk is a major reason why lenders have steadily decreased their lending in agriculture. The one exception is the Caja Municipal de Sullana, which has increased its agricultural lending portfolio since the 1998 El Niño; currently, agricultural loans represent 15% of its portfolio. This lender incorporates risk management strategies in its lending. For example, weather forecasts and amount of water in reservoirs are observed in order to protect against lending during a drought. If reservoir levels are adequate, farmers receive authorization to grow crops and are eligible for loans.

The consequences of farmers and lenders perceiving agricultural lending to be a risky venture can be significant. To analyze the impact risk has in limiting the supply and demand for credit for people in the agricultural sector, we interviewed 481 producers in Piura in 1997 (before the El Niño phenomenon) and again in 2003 and 2004. Access to formal credit increased consistently with the increase in the number of intermediaries in the area and with progress in the land-titling program. In 1997, 50% of those surveyed said they had title to their land and 56% reported access to formal credit. The figures rose to 69% and 75%, respectively, by 2004.

Despite this increase in supply, only 28% of households had credit from either formal lenders or both formal and informal lenders. Yet if 75% say they could obtain formal credit, this indicates that a significant group of producers do not use formal financial services even though they have access to those services. For that reason, many potential clients can be classified as rationed because of risk or transactions costs. (See BASIS Brief 44 for a discussion of types of rationing.)

If it were possible to insure MFIs against correlated risk, the benefits may extend to agricultural producers in the form of more available and less expensive credit, thus reducing the amount of rationed households. Traditional insurance, however, faces problems of coverage and access and opportunistic behavior by clients, or moral hazard. Moral hazard occurs when the provision of insurance increases the probability that the insured event will take place.

Traditional agricultural insurance, in which payments are made to a farmer based on her individual yields, is a classic example of insurance burdened by such severe moral hazard problems that the private market almost never provides it. In response to the absence of standard insurance alternatives and yet the high cost of risk, Peru’s Ministry of Agriculture recently began investigating innovative insurance products for the agricultural sector.

Three types of moral hazard-proof insurance might be expected to help unlock the potential supply and demand for agricultural credit. The first, and simplest, is a partial portfolio guarantee such as that offered by USAID as part of its Development Credit Authority (DCA) program. This program guarantees up to 50% of the insured portfolio and covers the portfolio allocated to certain types of clients, primarily small and medium business owners and medium-sized agricultural producers. While there is some potential for moral hazard with this type of insurance (the insured MFI has less incentive to achieve full loan repayment), direct monitoring of MFI behavior should minimize the problem.

Participating MFIs pay for this product, which has the potential open up the supply of credit by inducing MFIs to devote more of their portfolio to agriculture. For example, one MFI in Piura has less than 2% of its portfolio in the agriculture sector. If the major constraint is risk, and if 50% of the risk is absorbed by the DCA, then one would expect an increase in the MFI’s willingness to lend to agriculture. Whether or not a portfolio guarantee will lead lenders to modify their contracts and reduce risk borne by borrowers (and hence unlock the demand for credit) is an open question.

The second product, expected to be available later this year, is index-based insurance against the effects of El Niño. This product will be based on ocean temperature indices reported by independent agencies and will cover the portfolio value insured by each intermediary once ocean temperatures, which have a high correlation with El Niño, exceed critical limits established in the insurance contract. Financial intermediaries in Piura will be able to insure any part of their portfolio. Obviously, since insured parties cannot change the probability of an El Niño event, this type of insurance is moral hazard-proof. Less clear is whether insuring against an infrequent climatic event will prove sufficient to unlock either supply or demand for agricultural credit. Producers already partially selfinsure against El Niño events by halting agricultural production when El Niño is about to occur.

A third product is area-based yield insurance. Under this scheme, insurance payouts occur when yields defined over a large area (e.g., a valley) fall below some minimum level. This payout scheme also eliminates the moral hazard problem since no individual producer can influence valley-level yields. While area-based insurance covers a broader array of risks than El Niño insurance, it still offers protection against only a subset of the risks that constrict supply and demand. Available data is being used to simulate the value of such insurance to lenders and borrowers given the structure of risk on the north coast of Peru. Such an insurance product could be sold to MFIs directly and/or bundled as a product sold with loans, providing insurance benefits directly to producers. To date, there are no plans to offer such a product in Peru, but, if the simulation analysis establishes its potential, BASIS will try to facilitate its piloting.

Given the dismal record of direct public provision (or subsidy) of agricultural credit, and the expense and non-sustainability of farmer-specific insurance, BASIS researchers will investigate the impact of the first two indirect, insurance-based approaches to deepening agricultural finance. Evaluating the impacts of these programs requires an adequate control area where the insurance mechanisms are not in place. Both insurance products are only offered to financial institutions in Piura. Just south of Piura is the agroecologically similar region of Chepen. By measuring the structure of agricultural credit supply and demand in both locations before and after the introduction of the new insurance products, we will determine the impact of the insurance products on rationing, farm productivity, and efficiency.

The research also will evaluate the impact of these insurance options on both the lenders and farmers. Because the forms of insurance are linked to lenders, they will protect the lenders, but it is not yet known how the lenders will transfer the benefits to the producers. We will examine not only the clients covered by the insurance, but also the potential clients who are not served because they are risk and/or transactions cost rationed, and those who have a supply of financial services but do not demand those services. We also will examine the effect on farmers who have a demand for financial services but who do not have a supply from intermediaries. The study will enable us to examine the distributive impact of each of these insurance products.

One output of the research will be an analysis of the financial intermediaries, their practices and perceptions of insurance-related issues (risks, risk-mitigation strategies, implicit insurance, etc.), the importance they place on different types of risk (climate, market, production), and how important these considerations are in their decisions about the size and characteristics of the credit products they offer and the profile of clients served in rural areas.

A second output will be a baseline that will allow us to follow the performance of the relevant financial market for farmers and that creates measures for evaluating the impact of the insurance options. This will be done in the treatment region of Piura and in the control region of Chepen.

Agriculture has many problems that need solutions. Insurance can help reduce specific types of risk, but other sources of risk remain. Enhancing rural development requires a comprehensive policy, of which insurance products are one aspect.

Publication made possible by support in part from the US Agency for International Development (USAID) Grant No. LAG-A-00-96-90016-00 through BASIS CRSP. All views, interpretations, recommendations, and conclusions expressed in this paper are those of the authors and not necessarily those of the supporting or cooperating organizations. 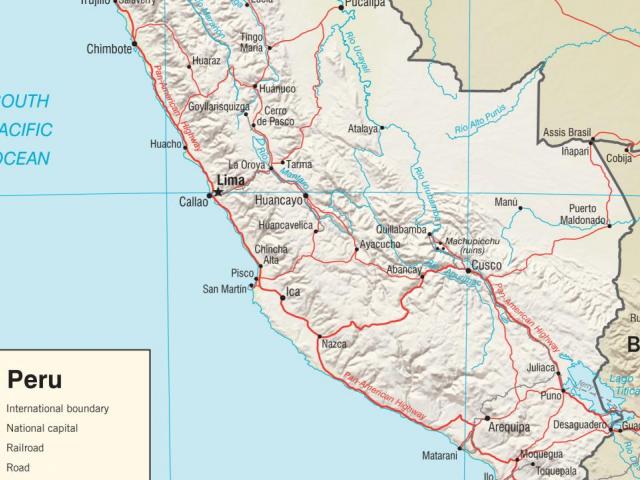