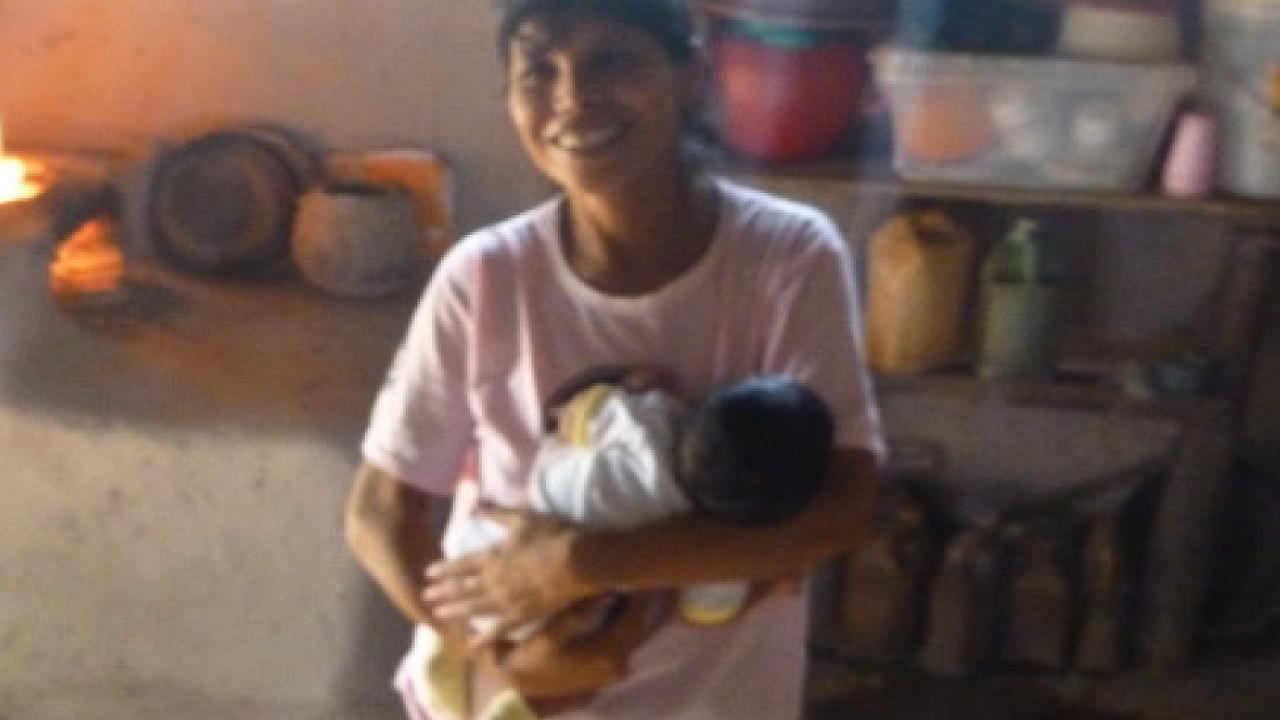 In many developing countries, young children suffer from profound delays in cognitive development which can impair their success as adults. Recent studies suggest that investments in schooling and other dimensions of human capital will have low returns if children do not have adequate levels of cognitive and social skills before they enter school. In developed countries, research has shown that interventions in early childhood can lead to better school achievement and higher wages. Thus, identifying interventions that address these deficits in developing country contexts are important priorities for research. 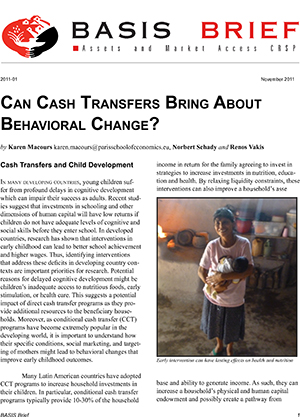 Potential reasons for delayed cognitive development might be children's inadequate access to nutritious foods, early stimulation, or health care. This suggests a potential impact of direct cash transfer programs as they provide additional resources to the beneficiary households. Moreover, as conditional cash transfer (CCT) programs have become extremely popular in the developing world, it is important to understand how their specific conditions, social marketing, and targeting of mothers might lead to behavioral changes that improve early childhood outcomes.

Many Latin American countries have adopted CCT programs to increase household investments in their children. In particular, conditional cash transfer programs typically provide 10-30% of the household income in return for the family agreeing to invest in strategies to increase investments in nutrition, education and health. By relaxing liquidity constraints, these interventions can also improve a household's asset base and ability to generate income. As such, they can increase a household's physical and human capital endowment and possibly create a pathway from poverty.

These programs also have the potential to enhance a rural family's risk-coping and management strategies and can limit a shock's impact by decreasing the need for coping mechanisms such as selling assets, pulling children out of school, or reducing consumption to the point that it causes nutritional deficiencies. The programs can further result in asset accumulation and income diversification, reducing vulnerability.

Researchers in the US and Nicaragua collaborated to evaluate the impact of a short-term cash transfer pilot program on early childhood development in Nicaragua. The program, known as Atención a Crisis, was implemented by Nicaragua's Ministerio de la Familia (MIFAMILIA) and sought to facilitate households' risk management, asset accumulation and income diversification capabilities by making sizeable payments to poor households in rural areas.

The program offered a unique opportunity to analyze the effectiveness of CCT programs since it combined a traditional CCT, aimed at improving household health, education, and nutrition, with two additional interventions aimed at increasing the risk management capacity and asset base of households exposed to weather shocks in Nicaragua's north and Pacific regions, where livelihoods usually depend on rain-fed agriculture and the cultivation of subsistence crops of corn and beans.

The pilot program, which ended in December 2006, consisted of a one-year intervention for approximately 3,000 households that experienced a severe drought the preceding year. The women in the household received the cash transfers and were the primary participants in the program's components. All beneficiaries were told that transfers were intended to improve the diversity and nutrient content of children's diets and to buy school material.

The program had a built-in experimental structure that randomly selected households so that one-third of the families received only the cash transfer conditional on children's school and health service attendance, one-third received both the cash transfer and vocational training for a young household member (usually 15-25 years old), and one-third received both the cash transfer and a lump sum grant for productive investments in livestock or non-agricultural business activities. The goal for both additional activities was to provide the skills or opportunities needed for income diversification.

Three rounds of data were collected (before, during and after the intervention) containing comprehensive information on household socioeconomic status, including detailed expenditure modules, extensive information on child health and nutrition, including child height and weight, and a extensive set of tests to measure children's cognitive development. All of the tests were carefully piloted in the field, and adjustments were made as necessary. Many of the tests had been applied in similar populations in Latin America, including in the evaluations of cash transfer programs in Ecuador and Mexico. Descriptively, the test results establish that in absence of the intervention, there are very large delays along various dimensions of early childhood development.

In general, the Atención a Crisis program had positive effects on individual child health and development in beneficiary households. In particular the results for language, short-term memory, and social-personal skills were strong in both follow-up surveys conducted in 2006 (nine months after the households began receiving payments) and 2008 (two years after households had stopped receiving benefits). The magnitude of the impacts was similar in 2006 and 2008 showing that there was no fade-out of program effects two years after the program ended.

When considering the average effect across all results the variables for cognitive and socio-emotional development (results of two language tests, two memory tests, and two behavioral tests) stand out as especially strong with the measures of health and motor development (measures of gross motor, leg motor, fine motor, height and weight) slightly less so.

Concerns about reporting bias are minimal as most of the tests provided information on observed behavior, as opposed to parent-reported measures of child development. The analysis also does not reveal evidence of systematic misreporting by parents. The persistence of program effects cannot be explained by compositional changes in the sample.

Is It All About the Money?

As expected, the Atención a Crisis program had large effects on household per capita expenditures in 2006 for all three interventions (a basic CCT, the basic CCT plus the training component, and the basic CCT plus the lump-sum grant). However, in 2008 households that received the lump-sum grant continued to have higher per-capita expenditures than those in the control group. This raises the question "did this longer-term increased household spending result in improved childhood outcomes?" Despite the increased spending no differences in developmental outcomes occurred between the groups.

This suggests that something other than, or in addition to, the direct cash transfer explains the treatment effects. Because the lump-sum payment required that a household start a small business we wondered if perhaps the resources devoted to this business had an impact on childhood development. Thus we compared the economic activity of mothers, patterns of work and time use, maternal mental health, and the home environment between the households assigned to the basic treatment and the lump-sum treatment.

The results demonstrated that the lump sum treatment did not have any obvious negative effects on the amount or quality of the time that mothers spent with their children. Overall, we conclude that something in addition to the cash must have contributed to the changes in early childhood outcomes.

An issue relevant for policy is if the Atención a Crisis program had an effect on "risk factors" (expenditures on food, availability of micro-nutrients, inadequate stimulation, exposure to infectious disease and caregivers' mental health) that have been identified as important determinants of child development. And, in fact, the results show that the Atención a Crisis program did have a substantial effect on the use of various inputs into child development.

In 2006, households randomly assigned to the program changed the composition of food expenditures, spending a lower fraction on staples, and higher fractions on animal proteins, fruits and vegetables. Treated households also had substantial increases in various measures of child stimulation- they were more likely to tell stories, sing to, or read to their children, and to have pen, paper and toys for children in the house. Children in Atención a Crisis households were also more likely to have been weighed, received iron, vitamins or de-worming medicine, and spent fewer days in bed.

Furthermore, in 2008 households assigned to receive only the basic treatment did not have higher expenditures than those in the control group, yet these households continued Treated households spent more time with children, and engaged in more early stimulation. to show significant differences in the use of inputs. Households assigned to the basic treatment also continued to devote a higher fraction of food expenditures to animal proteins and a lower fraction to staples. These effects cannot easily be explained by the earlier cash transfer. Rather, they suggest that the Atención a Crisis program had an effect on behavior even two years after the program had been discontinued.

It is clear that the CCT program, Atención a Crisis, improved individual child development outcomes and that these outcomes have not faded-out two years after the program ended. This stands in contrast with evaluations of a number of interventions in both developed and developing countries. Results further suggest that the program impacts were not due to the cash component of the program alone, as there are no differences in childhood development outcomes between the three treatment packages.

Households who benefited from transfers increased expenditures on critical inputs into child development by spending more on nutrient-rich foods, providing more early stimulation to their children, and making more use of preventive health care. In fact, beneficiary households tend to use these inputs more than expected given the amount by which their income increased and these spending patterns persisted after the cash transfers had ended.

The fact that fade-out of impacts appears to occur for many early childhood programs, but not for Atención a Crisis, suggests that the behavioral changes made by parents might be important to obtaining lasting gains in childhood development. Indeed, many other interventions, whether nutrition supplements or center-based interventions, only target the child directly. In contrast, Atención a Crisis cash transfers were paid directly to mothers and accompanied by heavy social marketing, both factors that could have been key to affecting decision making within the household.

We, therefore, recommend for CCT programs to include design features aimed at enhancing changes in parental decision-making regarding investment in their young children. As there may be additional reasons for the changes in parental decision making, understanding the specific role of different program design features that lead to improvements in child development is an important priority for future research. 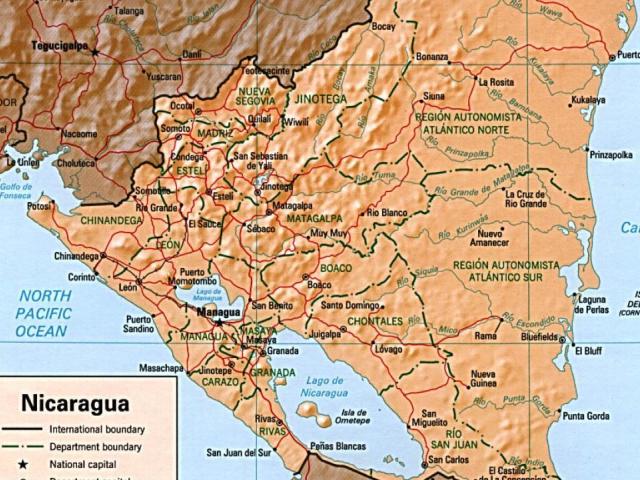