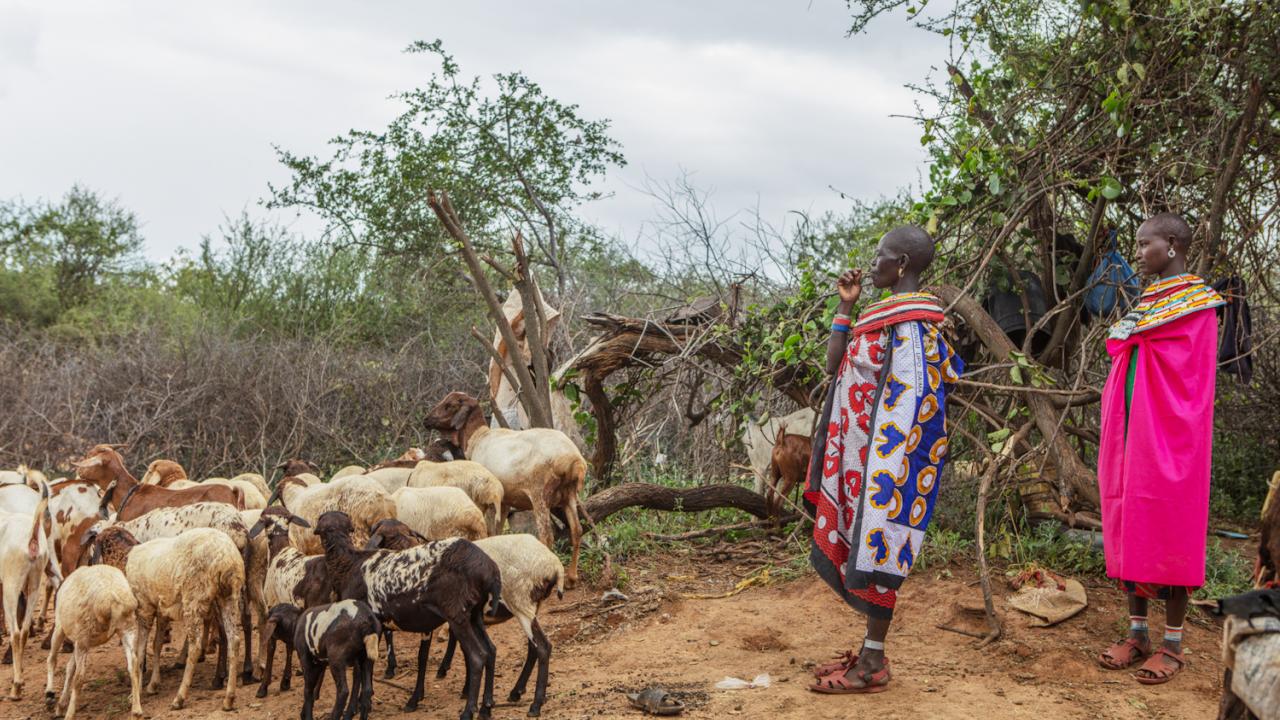 Climate-related disasters are key drivers of extreme poverty worldwide. The World Bank estimates that climate change will push up to 132 million people into extreme poverty by 2030.1 A national government can support households driven into poverty, but the costs to do so may vary significantly from year to year.

About 80 percent of Kenya is arid or semi-arid, and in these largely rural areas severe drought can wipe out livelihoods for roughly five million people. According to the Kenya National Drought Management Agency (NDMA), the 2009-2019 average annual cost of keeping all people in these areas above the $1.90/day (2011 PPP) poverty line was about $140 million. The actual costs ranged from $30 million in 2018 to $266 million just the year before.

There has been no objective framework for a government to decide whether to consider disaster risk insurance. We developed and tested such a framework as a case study with data from Kenya to show whether, with a fixed annual budget, disaster risk insurance generates greater social welfare and reduces foregone GDP growth compared to paying the full cost of supporting vulnerable families.

In terms of welfare, our analysis tested whether disaster risk insurance would have benefited people in Kenya’s arid and semi-arid lands who were driven below the $1.90/day (2011 PPP) poverty line from 2009-2019 with a fixed annual government budget of $140 million. Our social welfare metric is a risk-adjusted income-per-day for people vulnerable to a disaster. By this metric, when losses are more extreme, the value of support and the harm of not providing it are greater. Direct payments from only the fixed $140 million budget without insurance yields a social welfare metric of $1.67 per vulnerable person.

We tested two types of insurance against this pay-as-you-go fixed budget scenario. The first contract is a hypothetical perfect insurance that perfectly matches actual costs. The second is a disaster risk insurance contract we designed to be as similar as possible to contracts currently available. Both contracts trigger payouts when the costs to raise all incomes to at least $1.90/day exceed the fixed annual budget of $140 million. The annual insurance premium cost for both contracts roughly equals the average of payouts from 2009-2019 plus a 20-percent markup.

Research on public finance[3] has found that budget volatility has an even bigger negative impact on long-term GDP than low levels of public investment. For example, a high, unexpected disaster-related cost may divert funding from infrastructure that jumpstarts or sustains economic growth. Based on statistical and econometric estimates from this literature, we found that disaster risk insurance would reduce the negative impacts of budget volatility. Paying the full 2009-2019 costs of raising incomes to $1.90/day would have reduced Kenya’s GDP by $434 million. A perfect insurance contract with a 10-percent markup would have reduced GDP by only $179 million. Our model index insurance contract, even with its failures, would have captured nearly all of those GDP-saving benefits.

Michael Carter is director of the Feed the Future Innovation Lab for Markets, Risk & Resilience and a distinguished professor of agricultural and resource economics at UC Davis.

Marcos Martínez Sugastti is a Ph.D. student in agricultural and resource economics at UC Davis.

Francesco Fava is a senior scientist in the Sustainable Livestock System Program at the International Livestock Research Institute.

Nathan Jensen is a scientist in the Resilience and Innovation for Dryland Systems Program at the International Livestock Research Institute.

The research summarized in this report was commissioned by the International Livestock Research Institute. The production of this report was made possible by the generous support of the American people through the United States Agency for International Development (USAID) cooperative agreement 7200AA19LE00004. The contents are the responsibility of the Feed the Future Innovation Lab for Markets, Risk and Resilience and do not necessarily reflect the views of USAID or the United States Government.