Resilience in the Aftermath of Disaster in Mozambique 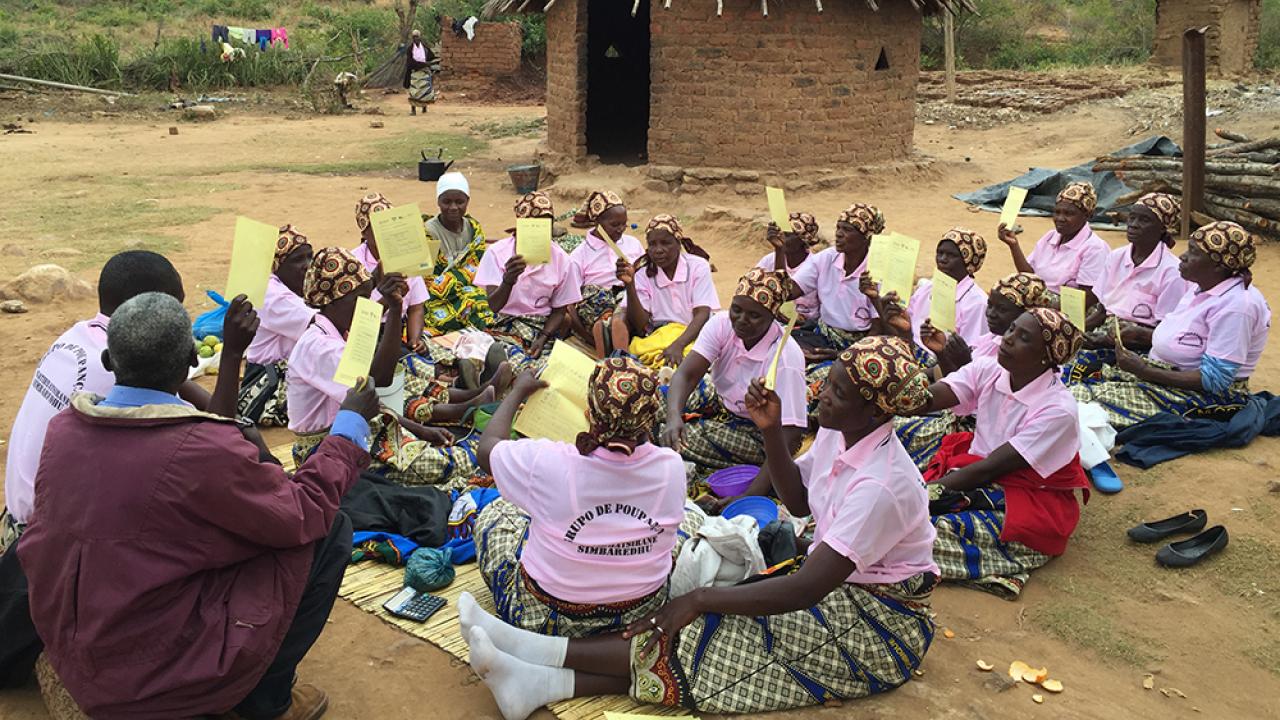 In March, 2019, Cyclone Idai struck Mozambique during a randomized controlled trial (RCT) measuring the impacts of a comprehensive community health and development program. The MRR Innovation Lab is expanding this RCT to learn how communities recover from a disaster like Idai and whether the program made communities more resilient. The project also extends USAID research on resilience measurement by field-testing a measure comparing lost wellbeing to an estimation of the level of wellbeing families would have had in the absence of the cyclone.

Targeted Population: Orphans and vulnerable children and their caretakers

Cyclone Idai became the most destructive cyclone ever recorded in Africa when it made landfall in Mozambique. The storm caused widespread destruction, displacing 127,500 and affecting 1.85 million. Beyond the initial short-term impact, there is a substantial threat of medium-term food insecurity due to the loss of the 2019 mid-year harvest, and continued risk of waterborne diseases such as cholera.[1]

Idai struck Mozambique during a randomized controlled trial (RCT) to measure the impacts of the USAID-funded Força à Comunidade e Crianças (FCC, “Strengthening Communities and Children”) program, which aims to provide support, protection and care for orphans and vulnerable children (OVC) and their caregivers. FCC is a program of the President’s Emergency Plan for AIDS Relief (PEPFAR), which mandates part of its funding be devoted to programs benefiting children orphaned or made vulnerable by HIV/AIDS.
Through in-home visits, FCC promotes understanding of HIV/AIDS, care for infants and children, nutrition, women’s and children’s rights, savings and other topics. FCC also links families to services, most prominently HIV testing and antiretroviral therapy, and facilitates village savings and loan associations (VSLAs) and stronger social networks in the community.

Idai affected a subset of the 76 communities across three provinces included in the evaluation. Prior to the cyclone, the research team conducted a baseline survey of 4,700 households. A follow-up survey administered from May to November 2019, just after the disaster, sheds light on the disaster’s immediate impacts. Through further study, this tragedy provides a unique opportunity to understand how community-level development programs like FCC might enhance resilience and to field test an expanded measure of resilience.

The MRR Innovation Lab is conducting two additional follow-up surveys one and two years after Cyclone Idai with families who participated in FCC. This work will shed light on three important and related questions about the dynamics of poverty and resilience.

First, how resilient are communities in the face of a major natural disaster? The immediate post-disaster survey documented substantial losses in wellbeing in terms of income, assets, health and other factors. In the long term, these losses could cause families to fall into poverty traps. The two additional surveys will uncover the dynamics of these poverty traps as well as whether and how families recover.

Second, how can we best define and measure resilience? USAID defines resilience as “the ability of people, households, communities, countries, and systems to mitigate, adapt to, and recover from shocks and stresses in a manner that reduces chronic vulnerability and facilitates inclusive growth.” This research builds explicitly on this definition to establish and field-test a measure of resilience.

Third, to what extent does a health and development program like FCC improve resilience in the wake of a major disaster like Cyclone Idai? Combating HIV/AIDS is the central focus of FCC, but the multifaceted approach may have broader development impacts. The research team will establish objectively whether and why FCC communities recover faster compared to communities that did not receive the programming.

This project aims not only to provide evidence on whether the FCC program helps improve post-disaster resilience, but also to shed light on the particular mechanisms—whether improved health, access to savings and credit or enhanced social network connections—that build resilience. Evidence on resilience from Mozambique can create new opportunities to develop programming that promotes resilience that is critical region-wide.

In 2015, Sub-Saharan Africa accounted for more than half of the world’s extremely poor while accounting for only 16.3 percent of world population.[2] The region is unusually vulnerable to natural hazards and other negative shocks caused by high rainfall variability and susceptibility to drought. The region is also vulnerable to humanitarian crises due to conflict, political, and economic causes.[3] All of these factors together amplifies the need to build resilience.