From Climate Change to Conflict: Mitigation through Insurance in East Africa? 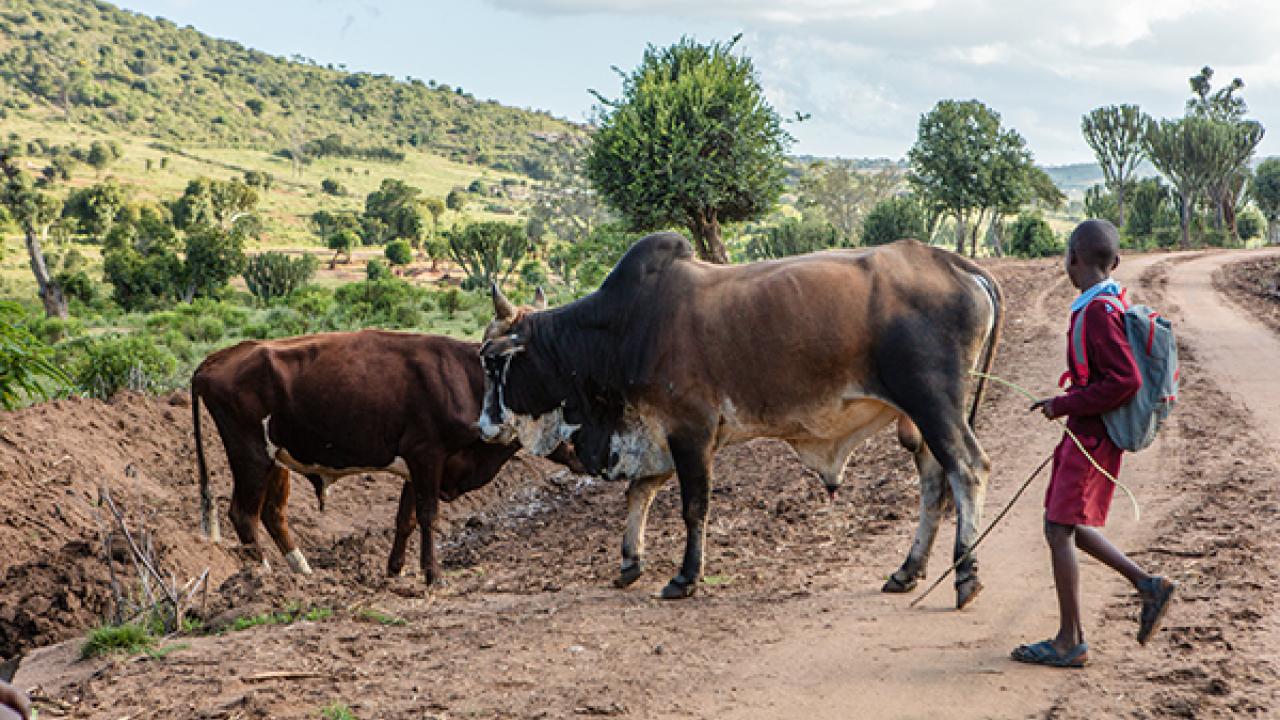 Insurance has recently been promoted as a way to reduce conflict in areas where weather-related shocks lead to resource scarcity. However, research suggests that the relationship between formal insurance and conflict is much more complex.

This project, supported in part by the MRR Innovation Lab, pairs qualitative research with a randomized controlled trial to develop and test whether insurance and complementary interventions can reduce conflict within households, and within and between pastoralist communities in the drylands of Ethiopia and Kenya.

Several studies suggest that climate change aggravates conflict, especially in the Sahel and Horn of Africa. One often-suggested reason is that weather-related shocks, such as droughts or floods, force people to resort to coping strategies such as migration, theft or claims to common property in order to survive, which, in turn, may lead to social unrest and conflict. As a result, policymakers are increasingly promoting insurance against weather to mitigate the potential risk of conflict.

In the drylands of Ethiopia and Kenya, Index-based Livestock Insurance (IBLI) provides payouts to herders if the quality of pasture falls below a certain threshold. IBLI is one of the most successful programs of its kind, evidenced by comparatively high take-up rates and field trials that confirm positive direct impacts on productive investments and ex-post coping.[1]

However, the indirect relationship between insurance and conflict is much more complex. Formal insurance may undermine informal agreements and cooperation between rival groups that mitigate the risk or severity of conflict.[2] Insurance might also increase conflict by encouraging intensification in the form of keeping larger herds, which puts additional pressure on shared grazing and water resources.[3] If such aggravating effects of insurance on conflict exist, addressing drought-related poverty in these and other vulnerable and conflict-prone areas may require a two-pronged approach that addresses both weather shocks and conflict simultaneously.

This research in Kenya and Ethiopia, supported in part by the MRR Innovation Lab, combines a literature review and qualitative research with a cluster-randomized controlled trial which tests the extent to which formal insurance on its own affects conflict and if its potential conflict-aggravating effects can be mitigated or its potential conflict-mitigating effects can be strengthened by combining insurance with a conflict-mitigating intervention.

The literature review and qualitative research maps linkages between climate change, weather shocks, formal insurance and cooperation and conflict. It also contributes to the design of the conflict-mitigating intervention. These interventions may include ways to ensure that IBLI complements or strengthens informal risk-sharing arrangements or that reduce any pressure caused by intensification.

The randomized experiment makes IBLI available to 3,200 households across 320 villages in Northern Kenya and Southern Ethiopia. People in these areas are particularly vulnerable to increasingly frequent droughts that have been shown to increase the likelihood of system collapse in the absence of an intervention such as insurance.[4] These communities are randomly selected into to one of four treatment groups that randomize offering IBLI with and without a subsidy and with and without the conflict-mitigating intervention. The experiment measures impacts on conflict and cooperation within individual households, individual groups and between groups.

Rather than withhold IBLI from households who make up a control group to compare outcomes, households in a random subsample of villages are being offered insurance at a subsidized price. This randomization introduces variation in uptake and is the basis for estimating relative impacts. Observable variation in the extent to which weather shocks impact households enables the rigorous identification of the link between weather shocks and conflict.

IBLI is currently available in a number of areas where conflict is a continuing challenge. Expanding the reach of IBLI into new areas requires understanding its impact on conflict as well as a suite of tested and scalable interventions that successfully prevent or offset any negative interactions. If IBLI reduces or has no impact on conflict, identifying a conflict-reducing and scalable intervention that synergizes with IBLI would have large benefits for poverty reduction and resilience in the drylands.