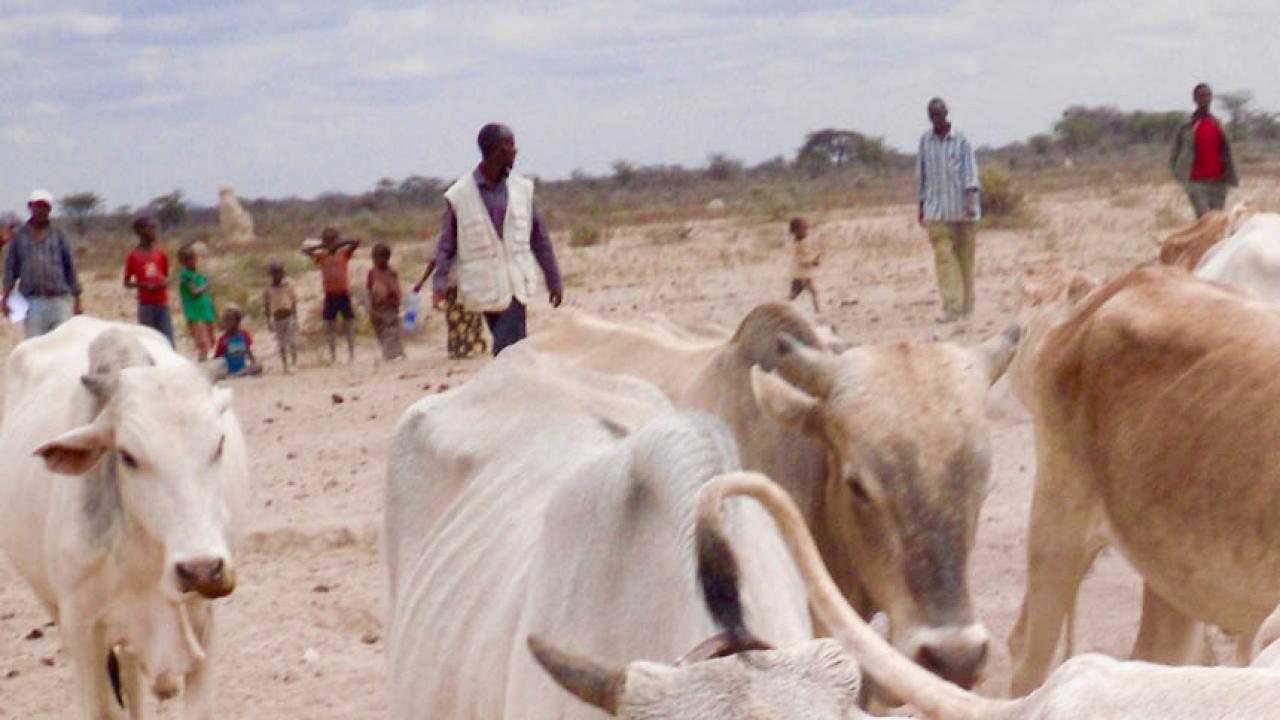 In 2011, a massive drought in Sub-Saharan Africa claimed the lives of Huka Bidu’s entire herd of cows. Determined not to begin again from nothing, the pastoralist and father of two in the southern Ethiopian village of Malble Yabello purchased a livestock insurance policy. In 2014, another drought hit, and Bidu’s insurance paid to replace cows that perished. Bidu was able to swiftly rebuild his herd, but it was like beginning over. Now, in 2017, Bidu may be freed from the cycle of loss and replacement because of changes in the insurance. He and other pastoralists can get payments that protect herds: money for crucial water, food and medicine for livestock before the animals — and livelihoods — suffer.

Index-based Livestock Insurance (IBLI) offers payouts based on a vegetation index rather than proof of individual livestock losses, which are expensive and time-consuming to tally in these vast ranges of dryland. Satellite imagery of vegetation helps create these indices to predict whether there is enough grass growing or whether livestock will likely starve. Studies conducted in part by the Feed the Future Innovation Lab for Assets and Market Access at UC Davis show that that those who have insurance are less likely to sell off surviving cows, skip meals and withdraw their children from school.

Intervening before loss is “logical and cost-effective,” says Michael Carter, professor of agricultural and resource economics in the College of Agricultural and Environmental Sciences at UC Davis, because it allows for increased investment in the animals and more stability for the herders and their families.

“IBLI is emblematic of the One Health approach,” according to Woutrina Smith, associate professor of medicine and epidemiology at the UC Davis School of Veterinary Medicine. She points out how researchers listened and adapted to what the herders wanted, building up the health and resiliency of both the livestock and human communities.

Loss of livestock costs the Kenyan economy a great deal — approximately $8.5 billion, or 70% of all damages caused by droughts from 2008 to 2011. In response, the government of Kenya has incorporated livestock insurance into a massive safety net program now being rolled out. Just this week insurance payments were made to over 12,000 pastoral households, bringing needed financial support to about 100,000 people – giving these communities a chance to thrive, not just survive.

More people in global development are taking notice of this simple but effective way of helping large numbers of struggling pastoralist families recover from the droughts that now hit with increasing regularity. University researchers can do even more through cooperation and interdisciplinary partnerships. Combining IBLI with breakthrough veterinary medicine and research into improved market pathways — to get feed, water, medicines and knowledge to these herders to keep their livestock alive — is the next great step in helping to protect families’ food and health security.

Sophie Javers is an outreach specialist for the AMA Innovation Lab. This post originally appeared on the UC Davis One Health blog.