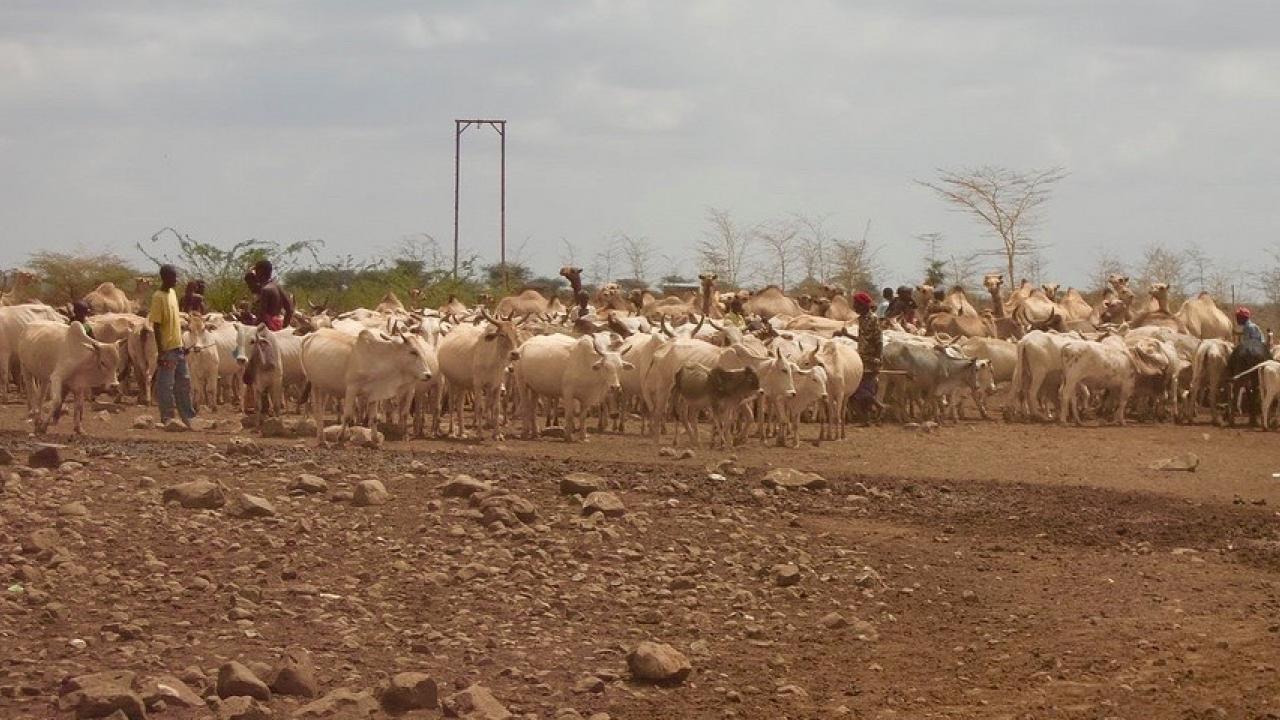 NAIROBI — As an epic drought desiccates fields and forages in the Horn of Africa, Government of Kenya officials, in partnership with Kenyan insurers, today announced payments to over 12,000 pastoral households under a breakthrough livestock insurance plan—one that uses satellites to monitor vegetation available to livestock and triggers assistance for feed, veterinary medicines and even water trucks when animal deaths are imminent.

To avert future losses, nearly Ksh 215 million in insurance payouts across six counties will be made by the end of February through the Kenya Livestock Insurance Program (KLIP). Payments are pegged to measurements of forage conditions made via satellite for each area, and will range from Ksh 1,450 per pastoral household in areas that have suffered modest losses to Ksh 29,400 in areas where drought is particularly severe. The average payment is around Ksh 17,800 (about US $170) per pastoral household, directly reaching about 100,000 people. Pilot projects that preceded the program established payment levels linked to the state of grazing lands, with the goal of providing enough money to help pastoralists keep their animals alive until rains returns.

“This is the biggest livestock insurance payout ever made under Kenya’s agricultural risk management program and the most important as well, because without their livestock, pastoralist communities would be devastated,” said Willy Bett, Cabinet Secretary for Kenya’s Ministry of Agriculture, Livestock and Fisheries. “This insurance program is not just an effective component of our national drought relief effort. It’s also a way to ensure that pastoralists can continue to thrive and contribute to our collective future as a nation.”

Livestock are a major component of the Kenyan economy. Between 2008 and 2011, livestock losses in Kenya accounted for 70 percent of the US $12.1 billion in damages caused by drought.

In response to these major droughts, Kenya’s Ministry of Agriculture, Livestock and Fisheries has developed KLIP with technical assistance from the International Livestock Research Institute (ILRI), the World Bank Group, and Financial Sector Development (FSD) Kenya, as part of their national strategy to end drought emergencies. KLIP is administered as a public-private partnership with APA Insurance, which leads a consortium of seven Kenyan insurers – UAP, CIC, Jubilee, Heritage, Amaco and Kenya Orient, with backing from Swiss Re, a widely respected international reinsurer for agriculture.

KLIP is intended to provide a safety net for Kenyan herders, who for centuries have grazed their animals across vast stretches of arid and semi-arid lands. KLIP began with two counties in the short-rains season of 2015, Turkana and Wajir, and now covers pastoralists in an additional four counties: Mandera, Marsabit, Isiolo and Tana River.

KLIP is based on the internationally recognized “Index-Based Livestock Insurance” model, which was developed several years ago by a team of agricultural economists from ILRI, Cornell University, the University of California at Davis and the World Bank Group, working in close cooperation with pastoralist communities. The signature feature of this novel insurance scheme is the use of satellite data to generate an index for grazing conditions, so that payments are triggered when conditions degrade below a certain critical level. The index eliminates the need for insurance agents to be out in the field monitoring forage and animals, which, given the remote regions involved, would make livestock insurance logistically and financially impossible to provide.

In February 2017, APA Insurance, on behalf of the insurance consortium, will disburse most payments directly to pastoralists’ bank accounts or to accounts accessed via mobile phones—an increasingly popular and convenient way to conduct financial transactions in Kenya, especially in the country’s most remote areas. For those without accounts, cheques will be issued.

“It’s important to make payments quickly and efficiently and before conditions deteriorate further, because we want these livestock-dependent communities to see index insurance as something they can trust to sustain their way of life,” said Ashok Shah, Group CEO of APA Insurance. “Now, it’s critical that others in the market also move quickly to supply pastoralists with livestock feed, water and veterinary medicines they can now afford.”

Lovemore Forichi, Head of Agriculture Reinsurance Africa said, "This program is a role- model for the rest of Africa, and beyond. The government and its partners have brought together the latest technological and financial tools from a group of committed and innovative private sector players. The payouts prove that this program is delivering a financial safety net where it is needed. Having worked in this field across the globe, KLIP highlights Kenya's pioneering role in providing drought protection for its people."

Currently, the Government of Kenya purchases cover on behalf of approximately 2,500 of the most vulnerable pastoral households in each of the six counties. Kenyan officials are now working with colleagues in county governments to scale up the program and make KLIP coverage available to a wider range of pastoralists across all income levels.

“These payouts demonstrate that KLIP works, and we now urge all pastoralists to make use of livestock insurance to cover themselves against drought. The government will look at ways to make this insurance accessible to all pastoralists,” said Dr. Andrew Tuimur, Principal Secretary in the State Department of Livestock in the Kenyan Ministry of Agriculture, Livestock and Fisheries.

The counties in Kenya targeted for KLIP payments are enduring one of the worst droughts to hit the Horn of Africa in a quarter century. The payments being dispatched this month are intended to help herders recover from the lack of precipitation during the so-called “short-rains” period that ran from October to December 2016.  If the drought continues during the “long-rains” season, which usually runs from March to June, additional large payouts are likely.

In addition to the government-led consortium, other organizations have also been involved in delivering index-based livestock insurance for pastoralists. For example, Takaful Insurance of Africa, which launched the provision of a similar product in 2013, will this season be making payouts to over 2,000 households across six counties to the tune of close to Ksh 10.5 million.

“We are hopeful that we are writing a new chapter in the long and challenging history of one of the oldest forms of agriculture still practiced in the world today,” said Andrew Mude, a principal research scientist at ILRI whose contribution to the development of index-based livestock insurance earned him the 2016 Norman Borlaug Award for Field Research and Application. “It’s been a team effort,” Mude added. “This day would never have arrived without the partnership between the Government of Kenya, the KLIP Implementation Unit led by Richard Kyuma, private sector players and a range of technical and development partners.”