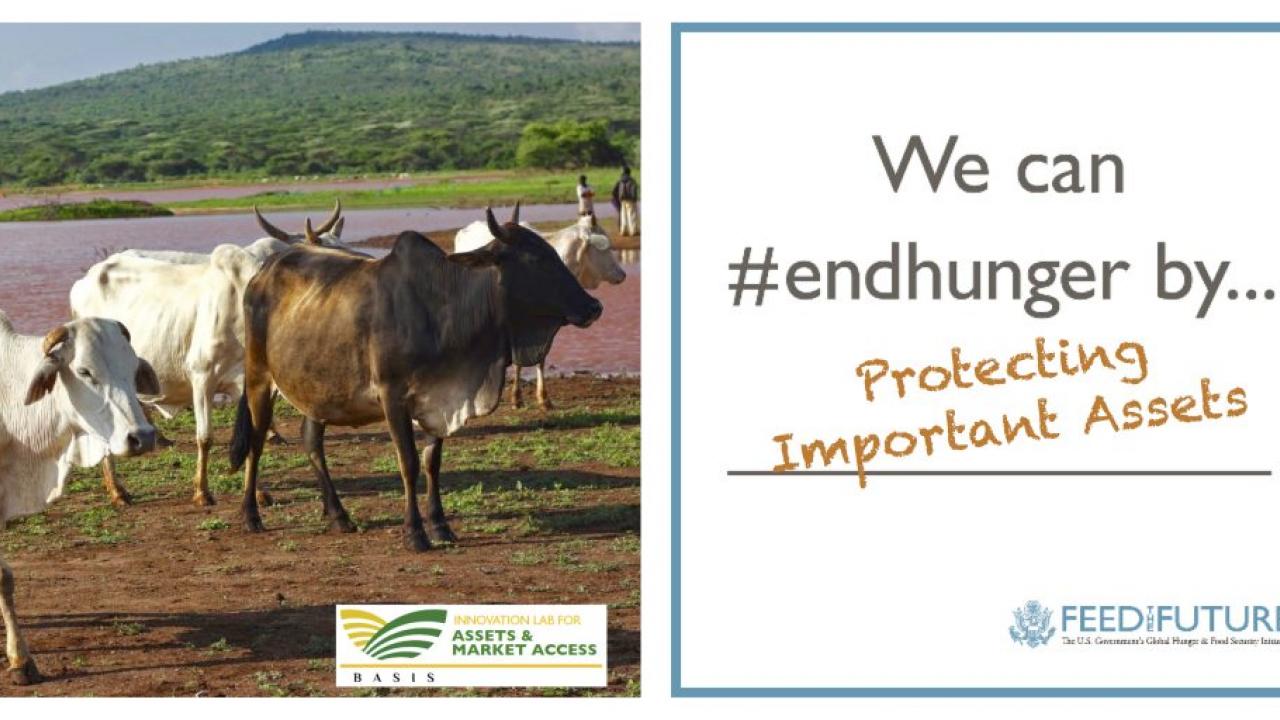 Feed the Future has launched a campaign to end hunger by 2030. AMA Innovation Lab researchers are working hard on a broad portfolio of projects geared at reducing poverty, mitigating risk, and bolstering the livelihoods of struggling farmers and pastoralists - all of which will help to ultimately #EndHunger.

Insurance does not jump to the top of the list when thinking about ways to end hunger. However, years of research supported by the Feed the Future Innovation Lab for Assets and Market Access is proving that certain types of insurance for struggling smallholder farmers reduce risk, encourage investment, and, crucially, protect important assets like crops and cattle so that families have the food they need to not just survive but thrive.

How can insurance #endhunger?

Decades of evidence indicates that risk 1) makes people poor by reducing incomes and destroying assets, and 2) keeps people poor by discouraging investment and distorting patterns of asset accumulation. After disasters such as drought, floods, and earthquakes (all of which are increasing in frequency), households typically turn to two coping strategies.

First, to protect their remaining resources, households cut consumption by reducing the amount of food they consume. Second, farmers often feel compelled to sell much of their remaining assets. Eating less and selling off valuable assets multiply the negative effects of a shock. Having no money to plant the next season’s crops or to maintain the health of a dairy herd will keep families trapped in poverty. Hunger and malnutrition - particularly the stunting of children - transfers that poverty to the next generation.

By protecting households against the worst consequences of adverse climatic shocks, index-based crop or livestock insurance helps to prevent households from adopting these costly coping strategies. One particular type of insurance, Index-Based Livestock Insurance (IBLI), is proving to be particularly successful in building resilience and bolstering stable economic and nutritional outcomes for struggling pastoralists.

The arid pastoral regions of Northern Kenya and Southern Ethiopia are an archetype of risk and coping in the absence of financial markets. Shocks are severe, financial instruments are sparse, and poor households are left with few options. IBLI was rolled out in 2009 as part of a rigorous impact evaluation. The 2011 drought allowed researchers really observe the impact of insurance on household coping and well-being.

Drought decimated Huka Bidu’s herd, leaving his family struggling to survive. When Index-based livestock insurance (IBLI) was offered in his southern Ethiopian village, this determined pastoralist purchased a policy in the hopes that the next time drought struck, he would not have to begin from nothing, with nothing yet again. In 2014, Huka Bidu received the first payout on his insurance policy and with this money he was able to restock his herd and successfully stabilize his family’s income.

Pastoralists across southern Ethiopia and northern Kenya are benefiting from IBLI contracts. For example, AMA Innovation Lab researchers found that after a drought, insurance leads to a 36 percent decrease in sales of remaining livestock, and households were 25 percent less likely to reduce meal consumption.

As a result of the broad positive impacts witnessed after the implementation of IBLI, the Kenyan government has rolled out the Kenya Livestock Insurance Program (KLIP), a large-scale extension of IBLI. Support for more research on index insurance is essential – there is always room for improvement – but what we do know right at this moment is that if index-based crop and livestock insurance is not more broadly acknowledged as an invaluable tool in the fight against poverty, we may miss a significant opportunity to help #endhunger.

Learn more about the Campaign to #EndHunger on Twitter. 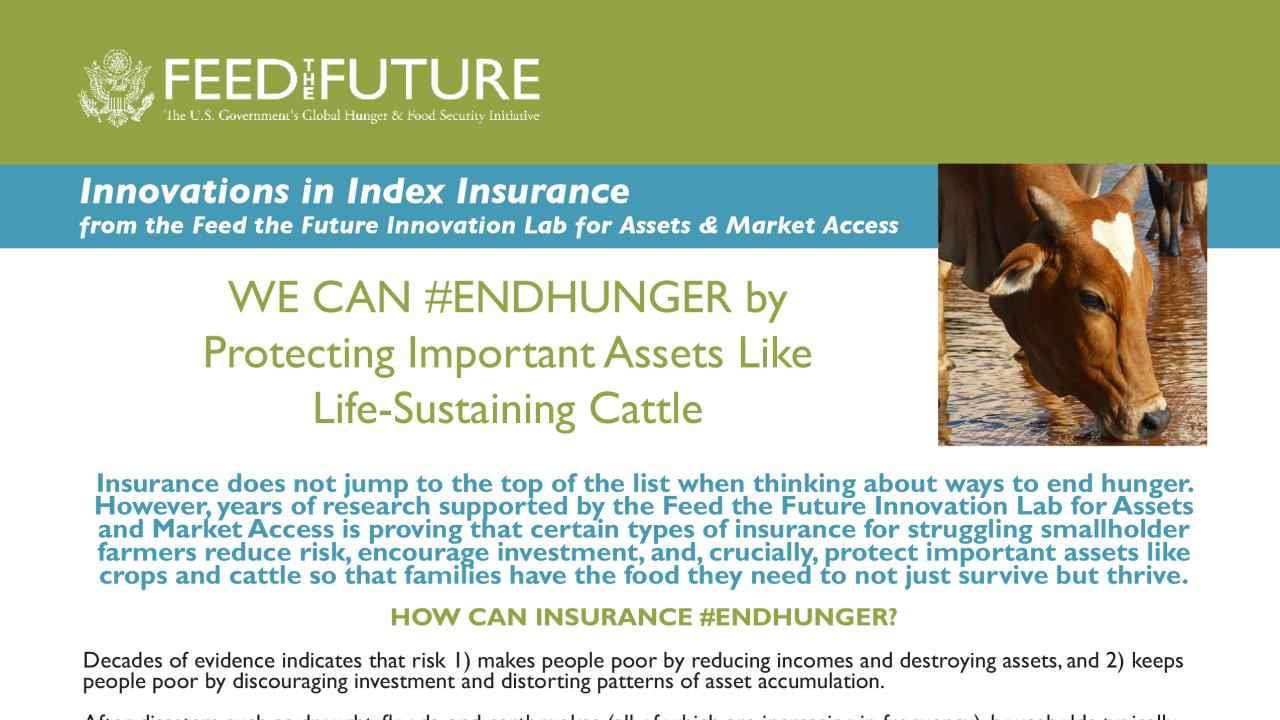